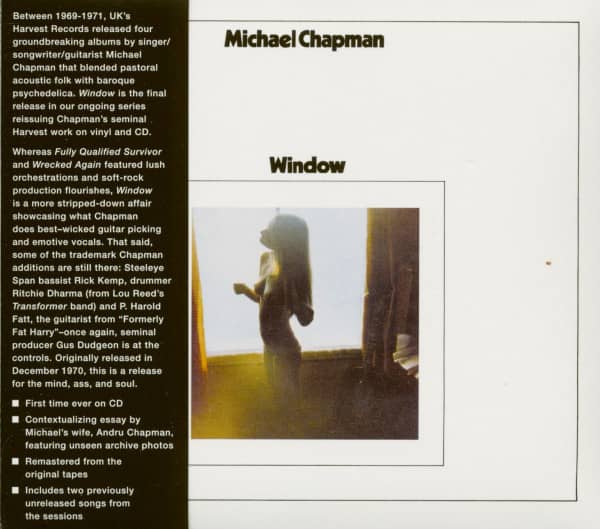 Between 1969-1971, UK's Harvest Records released four groundbreaking albums by singer/ songwriter/guitarist Michael Chapman that blended pastoral acoustic folk with baroque psychedelica. Window is the final release in our ongoing series reissuing Chapman's seminal Harvest work on vinyl and CD. Whereas Fully Qualified Survivor and Wrecked Again featured lush orchestrations and soft-rock production flourishes, Window is a more stripped-down affair showcasing what Chapman does best-wicked guitar picking and emotive vocals. That said, some of the trademark Chapman additions are still there: Steeleye Span bassist Rick Kemp, drummer Ritchie Dharma (from Lou Reed's Transformer band) and P. Harold Fatt, the guitarist from "Formerly Fat Harry"-once again, seminal producer Gus Dudgeon is at the controls. Originally released in December 1970, this is a release for the mind, ass, and soul. 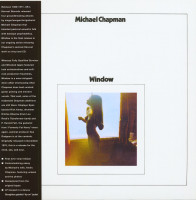