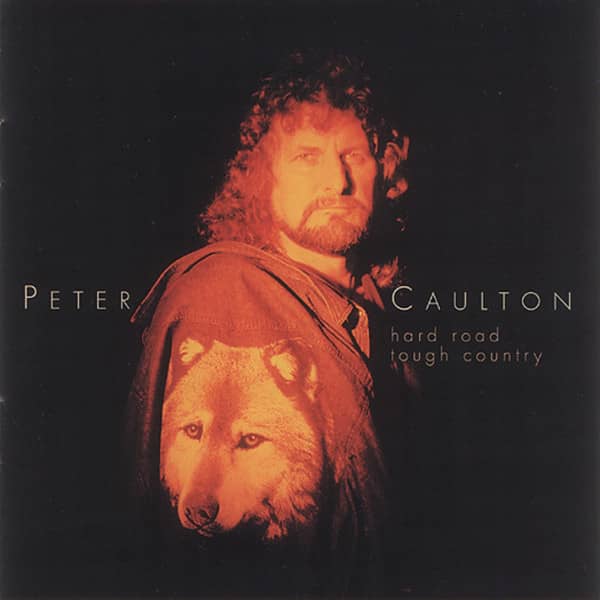 This article is deleted and can no longer be ordered!
Please inform me as soon as the product is available again.
P Secure bonuspoints now
Description
Learn more about Peter Caulton
Review 0
Description
I was born in Gisborne, New Zealand, which is the first city in the world to greet the sun each... more
Close menu

I was born in Gisborne, New Zealand, which is the first city in the world to greet the sun each day (for you trivial pursuiters). The big Maori population in that part of the country were always partying and playing music, so I got to become enthusiastic about both at an early age. Wanderlust and music have taken me to many places and people in the ensuing years, and if a man is judged by the quality of his friends and family then I count myself lucky to have some from the top shelf all around the world. Thanks friends for making me look and feel so good over the passage of time as I have honky tonked around. I love and miss you all.
This CD came about through a meeting with an ex US Army Sergeant named Frank Willson, who liked to swear and drink as much as I do. It so happened he owned an independent record label in San Antonio, Texas. He asked me what I do for a crust and I told him I was a country singer. He replied "Why don't you come and cut a CD in Texas?" I said "Good idea." And so we did. It was a real kick for me to work with the wonderful musicians and singers on this record. Some of whom I had seen playing with great country acts, George Strait, Joe Ely, Waylon Jennings, Asleep At The Wheel and one of my all time favorite recording artists Jerry Jeff Walker.
Record people usually want to know what your concept for a record is. My concept is always the same: get a bunch of good musicians, some quality songs, play and sing them as best you can, then slap them on a CD. ("How's that for a concept?" - "Na, that won't work!"). With so many people in the western world these days content to listening to machines play their music, I hope there are still enough people out there who still like to hear hand made music with good melodies and lyrics played with passion, soul, ability and integrity (machine music people may have to look those last words up in a dictionary). Hope you enjoy this collection of songs as much as I do and we meet somewhere down the road.

Learn more about Peter Caulton
The big man with the big voice. Described by the experienced music critic Dave Dawson as "one of... more
Close menu
"Peter Caulton"

The big man with the big voice. Described by the experienced music critic Dave Dawson as "one of the best contemporary music interpreters in Australia", Peter Caulton has taken the music and humor of'Downunder' to many corners of the globe, the list to date: The Pacific Islands, USA, Africa, South America and Europe. Music has been a big part of his life since his early school days in New Zealand.

It started with listening to rock'n' roll and country music on the radio and playing on the ukulele with his Maori friends. During the following years he perfected his skills in youth clubs, school parties, coffee houses and sports clubs. He worked on radio and television shows with artists as diverse as Slim Whitman, Sheb Wooley, Stella Parton and Kenny Rogers before crossing the Tasman Sea to continue his career in Australia.

In Australia he quickly became a regular guest at all major country music festivals. During the following years he toured with his band P.C. Caulton and the Pickups through the concert halls as well as to the Outback Aborigine Reserves. He appeared on radio and television shows and toured with Jerry Jeff Walker, Emmylou Harris, the Burrito Brothers, the Little River Band and John Rowles. In the late 80s he had his own radio show on 3RRR FM in Melbourne.

At his first appearance on the ABC Country Music Show'Country Roads' he received the'Special Discovery Award' and was also named best new artist at the'Music In The Parks' Country Awards. In 1987, Peter and Craig Reeves put together Victorian State Opry, a 15-member country rockabilly blues revue featuring the best talent in Melbourne. They were the main attraction at this year's Gympie Country Music Festival, which attracted 35,000 visitors, and performed at the annual National Country Awards weekend in Tamworth. The Victorian State Opry was also shown on the river stage for the World Expo in Brisbane.

After achieving everything in Australia, Peter decided to go overseas to continue his career and see more of the world. Since then he has commuted between the continents. German fans love his big voice and the varied repertoire, and he loves the appreciation and the different musical tastes of his German fans. So far there have been two CDs of Peter,'Southern Man', recorded in Melbourne in 1993; Hard Road Tough Country', recorded in Austin, Texas with Gene Elder (George Strait Band), Freddy KRC (Jerry Jeff Walker Band and The Shaking Apostels), Bob Livingston (Lost Gonzos), Floyd Domino (Asleep At The Wheel) and Grammy Award winner Larry Saywer.

He himself was nominated in 1998 for the Grammy in 5 categories:

His new CD was recorded in Melbourne, Australia and contains beautiful melodies and lyrics about the outback, the street, railway romance and love. Raining On The Rock, with this song Ayers Rock is meant. It rarely receives rain, but when it does, the wild flowers around it blossom and it is a beautiful sight. Son Of The Southwind is a duet with the Australian singer Noel Watson, whose great voice has already won him several prizes. Capricorn Rain will inspire her soul, This Wounded House will break her heart, Between The Saddle And The Ground will simply knock her down, and finally master writer Joe Black evokes romantic railway memories with The North Coast Mail.