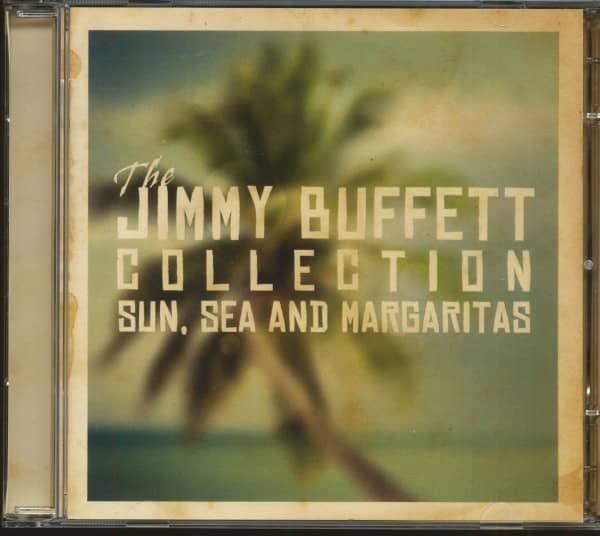 (Hump Head) 40 tracks - When Country Music music meets summertime and tropical sounds! A definitive collection!
-
Jimmy Buffett is a major superstar in America. He's a singer who writes much of his own material and has personality and character as warm as anyone you'll ever meet.
Very much an American institution, for years he has been firmly based in the Florida Keys, with a somewhat carefree life-style that he has followed for the best part of 40 years, in which time he has become one of America's most consistently successful entertainers as a major concert attraction and platinum-selling album maker.

He brought a good-time feel to popular music in the 1970s with his songs about boats, beaches, bars and beautiful women. Over the years he has translated his easy-going Gulf Coast persona into more than just a successful recording career as he has expanded into clothing, nightclubs, restaurants and literature. Many of his songs reflect his lifestyle in the Florida Keys where he spends much of his time on his boat or in his Margaritaville store.

I was first introduced to Buffett and his music by Tompall & the Glaser Brothers, one of the most successful country groups of the late 1960s. They nurtured the budding singer-songwriter when he moved to Nashville in 1969, signing him to his first publishing deal and including some of his earliest songs on their albums. Those early songs The Captain And The Kid, Ace, Livingston's Gone To Texas, Tin Cup Chalice reeled me in, as they came across as not only different, but totally honest and real...(from the liner notes) 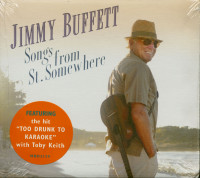 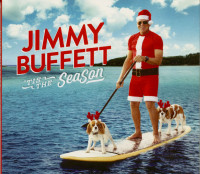 Tracklist
Buffett, Jimmy - The Jimmy Buffett Collection - Sun, Sea And Margaritas (2-CD) CD 1
01 Havana Daydream
02 Coconut Telegraph
03 The Weather Is Here, Wish You Where Beautiful
04 Livingston Saturday Night
05 Mañana
06 Tin Cup Chalice
07 Come Monday
08 Domino College
09 Kick It In Second Wind
10 If The Phone Doesn't Ring It's Me
11 Insommunicado
12 I Have Found Me A Home
13 He Went To Paris
14 Trying To Reason With Hurricane Season
15 I Heard I Was In Town
16 The Wind And I Know
17 A Pirate Looks At Forty
18 Boat Drinks
19 Changes In Latitudes Changes In Attitudes
20 The Coast Of Marseilles
Buffett, Jimmy - The Jimmy Buffett Collection - Sun, Sea And Margaritas (2-CD) CD 2
01 The Great Filling Station Holdup
02 Margaritaville
03 Stars On The Water
04 When The Coast Is Clear
05 Brown Eyed Girl
06 One Particular Harbour
07 Volcano
08 Nautical Wheelers
09 Cheeseburger In Paradise
10 Son Of A Son Of A Sailor
11 Survive
12 Treat Her Like A Lady
13 Biloxi
14 Defying Gravity
15 Changing Channels
16 Twelve Volt Man
17 Why Don't We Get Drunk
18 Stars Fell On Alabama
19 Sending The Old Man Home
20 Pencil Thin Mustache
Funktionale