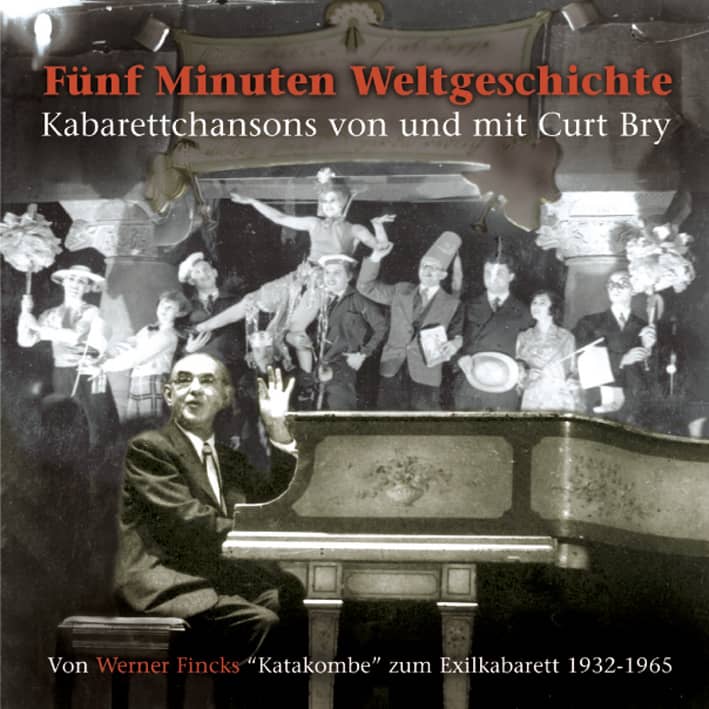 The name Curt Bry (1902-1974) may hardly be known even to the well-read cabaret lover - or even completely foreign. And yet Bry was one of the leading young cabaret authors in Berlin around 1932-33, author of Werner Finck's famous "Katakombe" and also a rare example of double talent as a lyricist and composer in one person - later also a brilliant interpreter of his own songs on the piano.

That his name is still largely unknown today is due to the fact that he was only at the beginning of his career when the takeover of power by the Nazis put an end to it. His songs written for the day were not published in print at the time, and only a very rare record by Dora Gerson, made in 1935 for the Jewish company Lukraphon (recently published in the elaborate Bear-Family documentary on the Jewish Cultural Association), was recorded. Before he could make a major name for himself in the cultural sector, his rise was forcibly interrupted. Most of the performers who had created his songs were also expelled or murdered.

When he fled into exile, he managed to write for European cabaret ensembles and singers for a short time, but the move to America required a career change, which meant that Curt Bry disappeared from the perspective of the German-speaking cabaret and entertainment scene.

And yet his many songs (more than 350 chansons have survived), sketches and memories vanquish through humorous playfulness, socially critical cheekiness and sometimes breathtaking political clairvoyance. Bry was a master of surprising narrative art and ambiguous time analysis. His lyrics never seem cheap, always sensitive and highly musical; the settings hit the nerve of the time without gimmickry. Thus his chansons and his biography are an important cultural-historical heritage, which wrongly remains hidden in the dark.

This appreciation is thus also representative of the many brilliant life stories and young careers that were interrupted, demolished or forcibly eradicated by the "Third Reich". In the tragedy of personal failure in the midst of a world-historical upheaval, however, the spark of humour and hope that glows for future generations shines again and again...