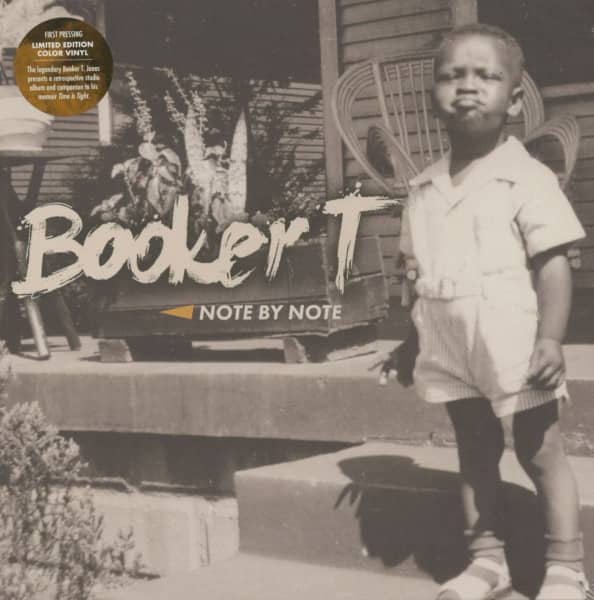 Vinyl LP pressing. In an emotional musical journey, Booker T explores new perspectives on the songs that make up the fabric of his musical identity. The album, entitled Note by Note, largely reflects the chapter titles from his forthcoming memoirs Time is Tight and serves as a musical companion. Pillars like Cause I Love You and These Arms of Mine are woven into formative musical moments from Booker's journey to STAX, when he produced and recorded with such diverse artists as Willie Nelson and Carlos Santana.

Fans of Booker T & the M.G. will be excited to hear a new ending to the song Time is Tight, a romance coda that was played live but never recorded. The album culminates with new, original music that highlights the rising guitar and vocals of Booker's son and collaborator Teddy Jones. Booker T is a four-time Grammy Award winner (including the Lifetime Achievement Award), Rock and Roll Hall of Fame Inductee and arguably the most famous Hammond B3 player in history.