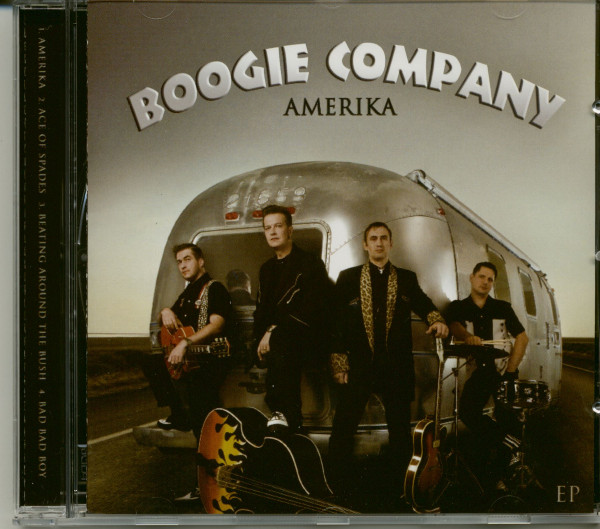 (2009/Eaa) 4 tracks.
Their 4-track CD from 2009. Boogie Company is a rockabilly band founded in 2004. The band’s hometown is Tallinn, Estonia. Even though Boogie Company can be considered an authentic rock’n’roll band, its music has been influenced by many different styles of music from Latin American rhythms to punk and glam rock. Boogie Company is trying to broaden the term 'rockabilly' with its music. The music played by Boogie Company is mostly written by the band members. However, their repertoire also contains unexpected and interesting cover versions of classic rock songs. Classic rock’n’roll from the 1950`s is also strongly represented. Andrus Kasesalu - lead vocal, doublebass Oleg Davidovich - guitar Raigo Tipp - guitar Marek Lillemägi - drums