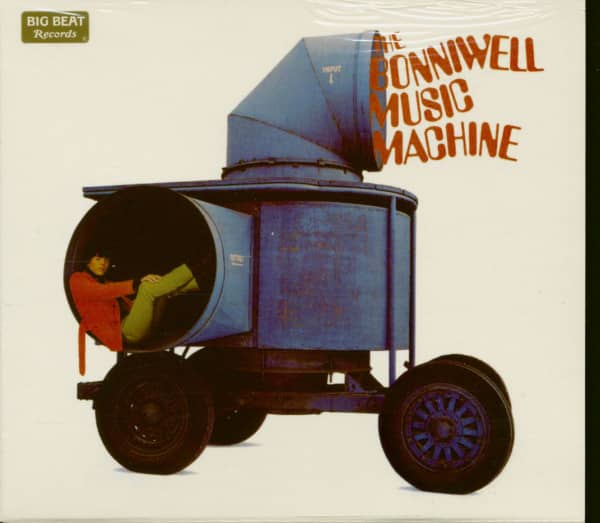 The Music Machine are one of the most respected and best loved American bands of the 1960s, renowned for their powerful sonic assault and intelligently crafted repertoire. Big Beat's Ultimate Turn On compilation from 2006 anthologised the monochromatically-garbed combo's hit Talk Talk era, and Big Beat now turn their focus to the latter half of the Music Machine's career.

The Bonniwell Music Machine was originally released in early 1968 and consisted of outtakes and single sides by the original Music Machine, along with newer recordings featuring the band s second line-up: both incarnations headed by charismatic singer, songwriter and rock savant Sean Bonniwell. Now with this deluxe 2CD expanded reissue, the original album is augmented by further non-LP single sides and outtakes, and a whole second disc of vintage Music Machine rarities, drawn from the untapped tape collection of the late Sean Bonniwell.

While the improved sound quality of the Warner Brothers sides supersedes previous reissues of this material, it is the unissued material that will surprise and delight Music Machine fans, featuring as it does a rash of previously unknown songs. Many of these are heard as Bonniwell's home demos, acoustic in nature but captivating nonetheless. The original band s first recordings (as the Ragamuffins), along with unreleased studio and rehearsal takes by the second line-up, and a jam-packed, detail-filled booklet, all contribute to making Big Beat s The Bonniwell Music Machine an exhaustive and definitive celebration of the Music Machine, truly a band amongst bands.