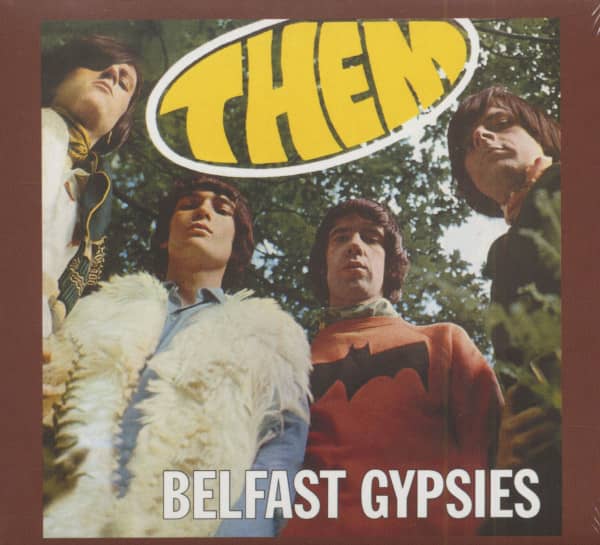 (Cherry Red) 21 tracks - digipack
Although it received little attention in Sweden and the Netherlands at the time of its release in 1967, the album Them Belfast Gypsy has long been one of the established classics of British garage punk / R&B.

Previous releases of this material have addressed the lack of master tapes and reliable information regarding this incredible band.
However, the recent unexpected discovery of master tapes of recordings from London (which make up seven of the twelve tracks on the album) means that this collection is an acoustic upgrade from earlier releases.

It is also the band's most extensive collection, with the first CD release of pre-Fowley, demo recordings of I Want You from 1966, It's All Over Now, Baby Blue and People! Let's Freak Out, which was released without the knowledge of the band from "Island" under the pseudonym "The Freaks Of Nature.

The album was recorded in four sessions in May / June 1966 in London and Copenhagen, one year after the brothers Pat (alias John) and Jackie McAuley left the band.
This publication contains rare photos and memorabilia, as well as liner notes with quotes from Jackie McAuley and memories of the band's guitarist, the late Ken McLeod.