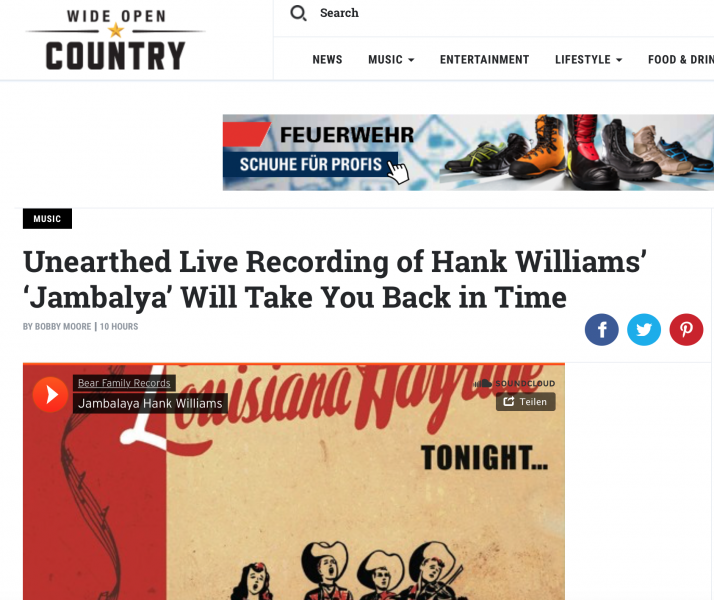 The Louisiana Hayride was a live radio show that gave young unknowns an invaluable platform. It was second to the Grand Ole Opry in terms of influence. From 1947-1960, the program aired live from the Shreveport Municipal Memorial Auditorium on KWKH.

The show extended the reach of several stars, from Hank Williams and Johnny Horton to Johnny Mathis and Elvis Presley. Rare recordings from those artists and others highlight the new 20 CD set. The 559 song selections reflect the lingering cultural relevance of one of country music’s most storied weekly programs.

Many greats found a voice on the Hayride show. Elvis, for example, found early career success on the program beginning in 1954. His debut performance came just weeks after his only Opry appearance was deemed too vulgar for the mother church.