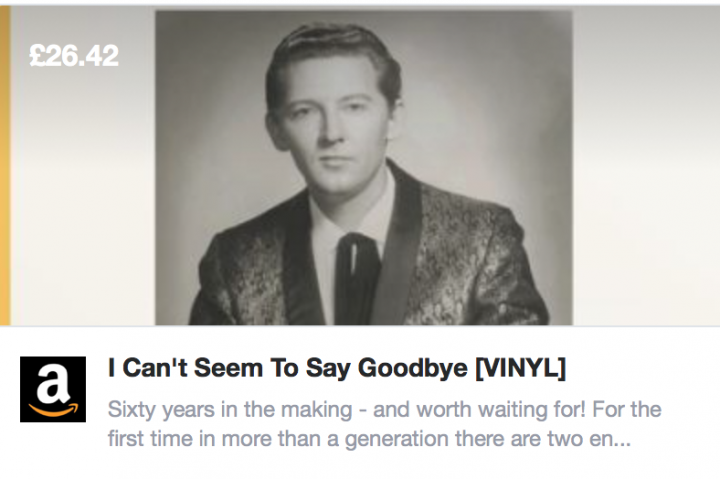 Sixty years in the making - and worth waiting for! For the first time in more than a generation there are two entirely new vinyl Jerry Lee Lewis Sun LPs to celebrate! Whilst many of the song titles may be well known, each album features no fewer than fourteen recordings which, until now, have never been pressed onto vinyl. The LPs include stunningly different versions of songs such as It'll be Me, Put Me Down, and Good Golly Miss Molly, together with remarkable 'alternates' of Jerry Lee's million selling rock hits from the 1950s and the 'country comeback' top ten Sun International releases from a decade later. Here is an opportunity to enjoy an authentic 'parallel' listening experience, to complement those precious original LP releases of more than fifty years ago.

The twenty-eight tracks on two volumes selected for these new releases are quality recordings previously overlooked in re-issue programmes throughout the ensuing decades. They represent the very best of the newly discovered material featured in ''Jerry Lee Lewis at Sun Records: The Collected Works - What the hell else do you need?'', Bear Family's comprehensive 18CD box set issued in November 2015, and all have now been further re-mastered specifically for vinyl. The two LPs will also have a reassuringly familiar look to keen collectors of historic vinyl, with sleeve and label designs which echo those of Jerry Lee's classic original LP releases in Germany. The first of the two albums, "From The Beginning", was released in late June, with "I Can't Seem To Say Goodbye" now following in September 2017.
Simon Nott Freelance Publicist,Writer and Music Fiend.