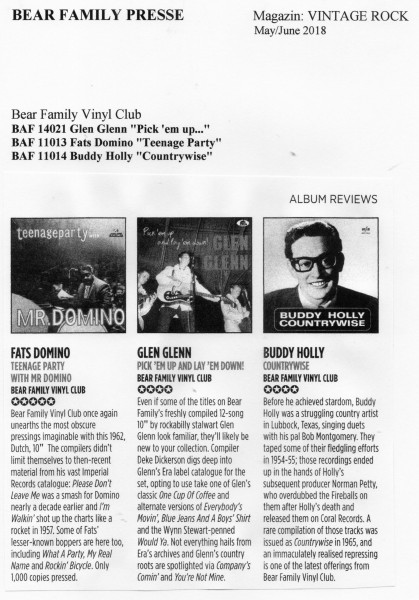 BUDDY HOLLY COUNTRYWISE
BUDDY HOLLY COUNTRYWISE BEAR FAMILY VINYL CLUB 0000 Before he achieved stardom, Buddy Holly was a struggling country artist in Lubbock, Texas, singing duets with his pal Bob Montgomery. They taped some of their fledgling efforts in 1954-55; those recordings ended up in the hands of Holly's subsequent producer Norman Petty, who overdubbed the Fireballs on them after Holly's death and released them on Coral Records. A rare compilation of those tracks was issued as Countrywise in 1965, and an immaculately realised repressing is one of the latest offerings from Bear Family Vinyl Club.