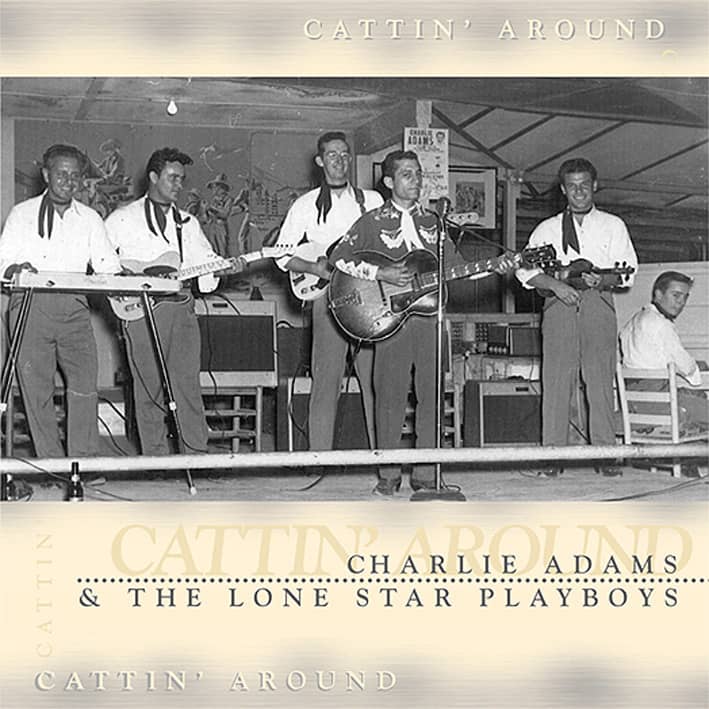 Charlie Adams was born in Waco, Texas in 1920 and grew up on the central Texas city's musically rich East side. Of Italian ancestry -- the family name was anglicized from Adamo -- he grew up playing alongside local youngsters like Vince and Sammy Incardona, Tony Sepolio, Buddy and Ernie Ray, and Jimmy Thomason, all of whom would enjoy long and successful musical careers in Texas and beyond. Adams picked up guitar and bass and recalls playing for cream puffs as a child before graduating to small beer joints as a teenager, working for two dollars a night. By the mid-30s, he was working locally with the all-teenage Sammy Incardona & the Melody Boys, playing guitar alongside Sammy (bass), Sammy's brother Vince (tenor banjo), and fiddler Tony Sepolio. The group managed to land a Saturday radio spot on WACO, former home base of Bob Wills' original Play Boys in 1933-34. Wills' increasingly popular group in Tulsa and Fort Worth's Milton Brown & his Musical Brownies provided the Melody Boys' main inspiration, alongside local groups like steel guitarist Doug Bine's Dixie Ramblers, which featured the twin fiddle team of Jimmy Thomason and Cotton Collins. Thomason, incidentally, had recorded for Victor's Bluebird subsidiary in 1936.

Adams left the Melody Boys circa 1937, commencing a career as a sideman with various Texas bands that would last to the outbreak of World War II. He worked with Buddy and Ernie Ray in Happy Jack True's band in Victoria, in Austin with the KTBC Jolly Texans, in San Antonio with Adolph Hofner and All The Boys and Tom Dickey's Showboys, before winding back to Waco in 1941. He joined the WACO staff band, the Rhythm Riders, fronted by Jimmy Thomason, though he was odd man out when Doug Bine used the group for a recording session for Bluebird that fall and Victor would spring for only five musicians.

Adams served as a medic in Europe during World War II then returned home to Waco, catching on with up-and-coming honky-tonker Hank Thompson's band in 1946. He made his first recordings with Thompson for the Dallas-based Blue Bonnet label early in 1947, then joined the Lone Star Playboys, who also recorded for Blue Bonnet, that same year. Originally formed by the Incardonas and some other local brothers, Ed, Morris and Hamlet Booker, in 1937, the Playboys really hit their stride after the war. They had a popular WACO radio show, held forth at the local nite spot the Circle R Ranch (as well as numerous other halls around central Texas) and enjoyed a major regional hit with fiddler Cotton Collins' adaptation of a waltz he'd learned while in Europe, renamed Westphalia Waltz after one of the band's nearby central Texas strongholds. 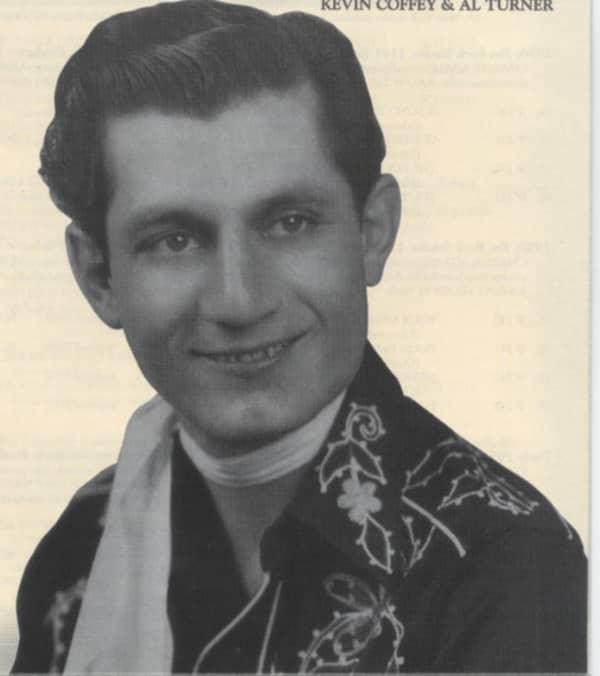 The Playboys were the area's most popular country dance band. They continued to record for Blue Bonnet through 1949 and that summer toured California with Hank Thompson. Best known for tough, inventive instrumentals, the group's main featured vocalist during this period was the pleasant but somewhat bland Hamlet Booker, with an occasional novelty turn from Cotton Collins. But, as Adams recalls, "Vince [Incardona] was manager of the Lone Star Playboys, and he'd ask everybody to do a vocal or two, a song or two. I think the first song I did was 'Lovesick Blues.'" Adams' tongue-in-cheek approximation of Hank Williams' half-blue yodel on the latter's '49 hit proved popular with dancers and radio listeners and he was featured more and more often. Novelties with yodeling ("If you can call it that," Adams laughs) became Adams' trademark, but he was far better when playing it straight on honky-tonk ballads; a sometimes incongruous split between uptempo novelties and heartfelt ballads would characterize his recording career from the start.