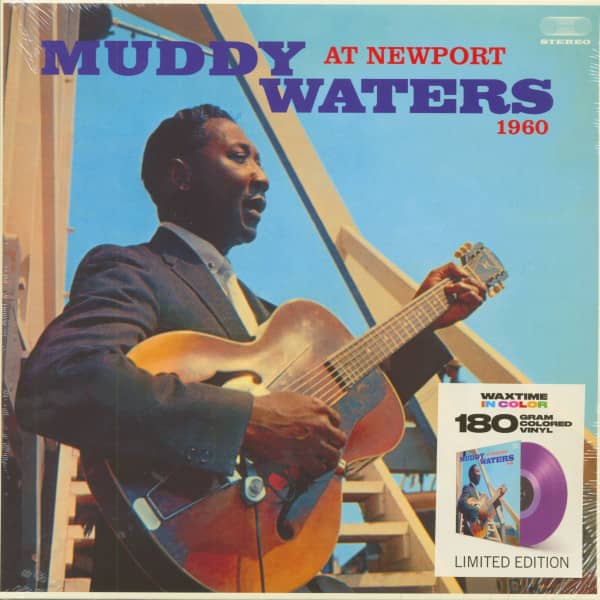 Long unavailable on vinyl, this quintessential collector's edition presents Muddy Waters' classic album, At Newport 1960, recorded live at the Newport Jazz Festival on Sunday, July 3, 1960, and originally released by Chess Records in November of that same year. This masterpiece comes from an era when Muddy Waters was at his creative peak.
He performed such classics as "Hoochie Coochie Man" and "Baby, Please Don't Go". The set kicks off with a version of "I've Got My Brand on You" that has much more fire than the relatively tame (in comparison) studio take. The remaining songs are exemplary blues hollers, including "I've Got My Mojo Working", "Soon Forgotten" and "Tiger in Your Tank", where Waters and his band unleash the full force of the blues upon a transfixed audience.
This was a great breakthrough moment in blues history, where the jazz followers opened their ears and embraced Chicago blues. Parts of the festival were filmed by the U.S. Information Agency, and were broadcast on a television series. Sharply dressed in suits and ties, Muddy and his band had a commanding onstage presence. Despite the hot July sun, the video shows the audience — women in summer dresses, men in coats and ties — going absolutely crazy.