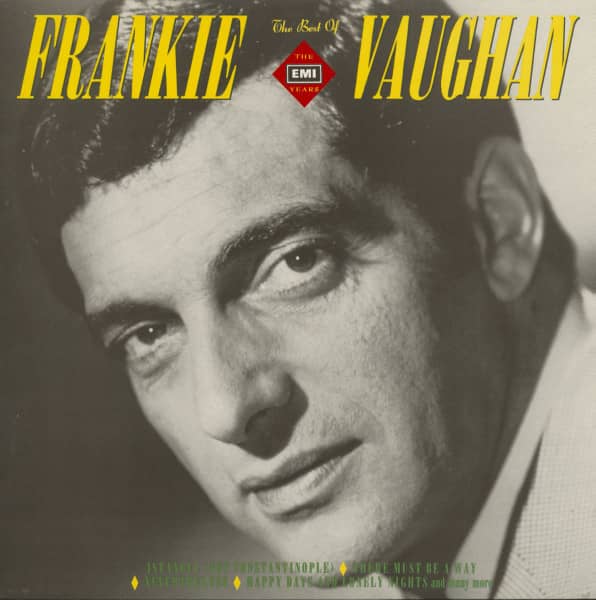 (EMI UK) 16 tracks - Original recordings from 1953 to 1968
Frankie Vaughan, known as Mr. Moonlight to his legion of fans, has now been at the top of his profession for almost 40 years, no mean feat in what can often be an extremely fickle business. He first signed with EMI's His Master's Voice label back in the early Fifties and his recording career was soon launched with two hit records, Istanbul which reached number 11 in 1954, and Happy Days & Lonely Nights which climbed to number 12 early the following year. In 1967 after several years with another record company Frankie returned to the EMI fold and within 12 months had three more hit singles which were all re-makes of older songs, There Must Be A Way which reached number 7 and stayed in the charts for 21 weeks, So Tired and Nevertheless, both of which made the top 30.

Apart from his showbusiness career which has seen him headlining all the top theatres and clubs in the UK, as well as countless television and radio appearances, Frankie Vaughan has also been highly respected for his charity work, in particular with the National Association of Boys Clubs. As far back as 1955 he toured clubs throughout the country and took part in a special talent show which offered the possibility of stardom to more than 170,000 boys in more than 2,000 clubs. Frankie Vaughan also appeared in several films including The Heart Of A Man, 'The Lady Is A Square' and, most notably, 'Let's Make Love', in which he starred with the legendary Marilyn Monroe. This new collection features the best of Frankie's years with EMI's HMV and Columbia labels. Apart from his hits there are such perennials as Marne, Unchained Melody and With These Hands and for good measure Jilted a fun duet with his great showbusiness pal, the late Alma Cogan. Choosing any 16 tracks as representative of an artist's recording career is no mean feat, particularly with an artist like Frankie Vaughan who has recorded so prolifically, but here surely is the cream of his EMI years. 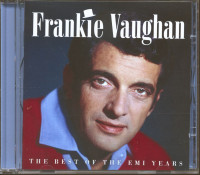 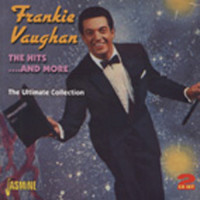 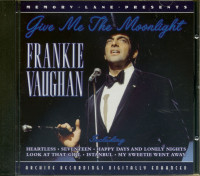 Tracklist
Vaughan, Frankie - The Best Of Frankie Vaughan - The EMI Years (LP) LP 1
01 There Must Be A Way
02 Mame
03 You're Nobody 'Til Somebody Loves You
04 So Tired
05 My Son My Son
06 Girl Talk
07 Nevertheless
08 The One I Love Belongs To Somebody Else
09 Istanbul (Not Constantinople)
10 I'll Never Smile Again
11 Jilted
12 Games That Lovers Play
13 Happy Days And Lonely Nights
14 Unchained Melody
15 From The Vine Came The Grape
16 If I Didn't Care