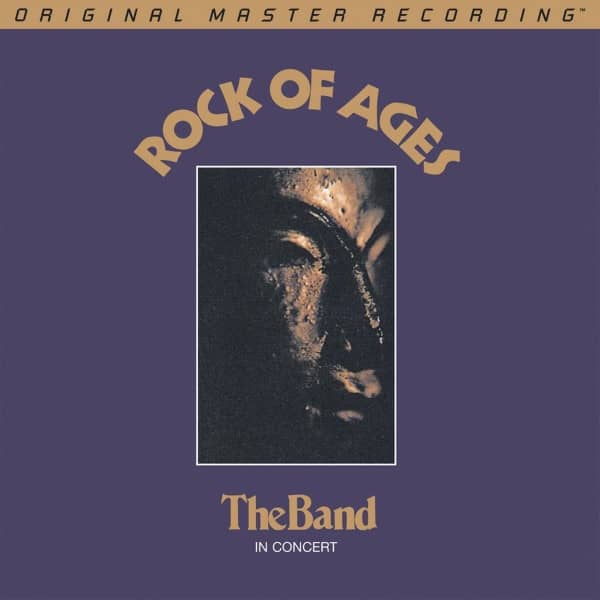 Please inform me as soon as the product is available again.
$77.39 *

(2012/MFSL) 17 tracks.
This live recording of the New Year's Eve concert of 1971 was released the following year as a double LP and is now first introduced by MFSL as a Hybrid SACD. For the band it should be a culmination of her work for many years. Unlike on the studio albums, the band shows tremendous grip and playful with the active support of a brass sextet and celebrate their own and others compositions match of the year, as there is no tomorrow.

MFSL mastering engineer Shawn Britton has preferred shortcomings of the analog master tape not to hide for maximum authenticity to achieve it. The audience can expect a warm and partly in the long pedal passages almost getragner sound. One can only imagine all too well how it smelled on the stage of grass and the audience is always hilarious behaved with the approach to midnight.

The MFSL Re-Issue appears in the mini-LP cover with gold lettering and the enclosed booklet with photos of the concert. As always, a limited edition with continuous numbering.

The Band consists of Levon Helm, drums (born in 1935); Jaime Robbie Robertson, guitar (July 5, 1943); Garth Hud-son, organ (Aug. 2, 1937); Richard Manuel, piano (April 3, 1943); and Rick Danko, bass (Dec. 29, 1942). The group is versatile and all members play other instruments in addition to their principal one. They came together in the late Fifties as the Hawks, the backing group of the Toronto-based rock'n'roller, Ronnie Hawkins. All are Canadian, except for Helm who is originally from Arkansas. With Hawkins, they toured Canada and recorded R&B standards like 'Who Do You Love?' and Muddy Waters' 19 Years Old', which featured Robertson's tough but understated guitar playing and Helm's vocals.

Leaving Haw\kins, they played small venues across Canada and the United States, billed as the Canadian Squires or Levon and the Hawks, cutting a few singles in-cluding Robertson's 'The Stones I Throw'. In New York, they played with white blues singer John Hammond Jr., and through him met Bob Dylan, who saw them as the ideal group to accompany his intended move into electric music. The first recording that Dylan and The Band made together was the single 'Can You Please Crawl Out Your Window' (1965) and some members played on selected Blonde On Blonde tracks. But certainly the most powerful music made by Dylan and The Band at this time were the rock concerts of Dylan's 1965-6 tour.

Their sound has been preserved on `Just Like Tom Thumb's Blues' (issued on the flip side of `I Want You') and on a widely circulated bootleg record-ing of Dylan's Albert Hall, London concert which demon-strates that The Band had made Dylan's sound more an-archic and turbulent than his studio recordings. On this tour Mickey Jones played drums instead of Helm, and the rhythm section propelled Dylan's voice along like a batter-ing ram while Robertson played searing guitar lines on top, leading Dylan to praise him as 'a mathematical guitar genius'. After Dylan's motorbike crash in July 1966, The Band settled in Woodstock, to make music with him while he recuperated. These sessions resulted in a collection of songs, originally widely circulated in bootleg recordings, known as The Basement Tapes and finally officially re-leased by Columbia in 1975. These songs possessed a more subdued, mellow funky feeling, and were indicative of the effect Dylan and The Band were having on each other.

The Band, particularly Robertson as a songwriter, assi-milated some of Dylan's gift for metaphor and imagery, while Dylan developed a less violent, more rural musical vocabulary. The results of this interaction were first heard on Dylan's John Wesley Harding album, and subsequently on the first recording released under the name of The Band, Music From Big Pink (Capitol, 1968). The album was re-markable for the 'white soul' sound of the singing, primitive but powerfully honest, the 'natural' sound of the instru-ments, undistorted by electronic tampering, the ease with which lead vocals were tossed around the group on 'We Can Talk', and the subtlety with which the shifting rhythms wove 'The Weight' together. Big Pink was a powerful sty-listic achievement, synthesizing influences from country, soul, fairground music, Baptist hymns, Bob Dylan, and rock'n'roll, and succeeding through a gift for understate-ment and subtlety which came as a distinct contrast to the aggressive virtuosity of the 'progressive' rock scene.

However, on their second album, The Band, Robertson created a set of songs which, verbally, displayed the same range as The Band's musical resources, e.g. 'The Night They Drove Old Dixie Down', 'King Harvest' and 'Up On Cripple Creek'. Despite its timeless feel, the album evoked a strong response in the America of late 1969. A sense of disillusion surrounded youth and rock culture and The Band was welcomed as the work of adults, displaying a broader grasp of American experiences than the transient obsessions of one age group or one moment in history — an achievement which wasn't compromised by any ponderous, self-conscious artistry, or loss of rock'n'roll vitality.

Having emerged from Dylan's shadow they undertook some lengthy tours which led to the title song of their third album, Stage Fright, which dealt with the perils of perform-ing. Equally powerful was the album's closing song, 'The Rumor', in which The Band brought their history of the American identity up to date to embrace the paranoid and vindictive quality of life in the Seventies under Nixon and Agnew. As a whole, though, Stage Fright lacked the stylistic coherence of The Band, a result of emerging from their protective bubble of historical perspectives to look at the present. This process continued on Cahoots (1971) where they seemed to be expressing despair at the values of con-temporary society and began to sound ponderous in their role of custodians of traditional values as their rock energy began to be neutralized by their 'maturity'.