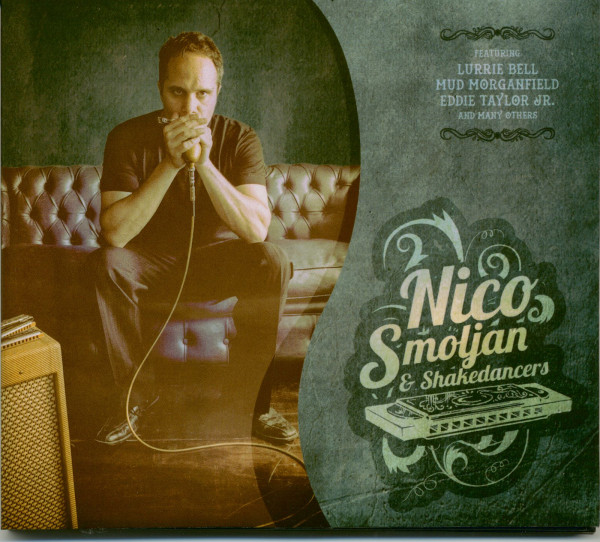 (2015/Chico Blues) 9 tracks. This is the debut album with veteran Nico Smoljan as a leader. This self titled release is a big helping of straight ahead, electric Chicago style blues. Smoljan is a first rate harmonica player who excels at both the diatonic and chromatic blues harp. This 35 year old is a native of Patagonia and is a long time resident of Buenos Aires, Argentina. Smoljan has performed at some of the most prestigious blues and jazz festivals in Argentina, Brazil, Chile and Uruguay. He has played with other internationally renowned musicians including Lynwood Slim, Duke Robillard, Rick Estrin, Henry Gray, Igor Prado, Jody Williams, Mark Hummel, Flávio Guimarães and many others. The Shakedancers are guitarist Matias Cipiliano, Mariano D’andrea on bass, drummer Pato Raffo and Gustavo Doreste on piano and Hammond B3. Three players who Smoljan has also performed with at festivals are guests on this album. They are Eddie Taylor Jr., Lurrie Bell and Mud Morganfield.