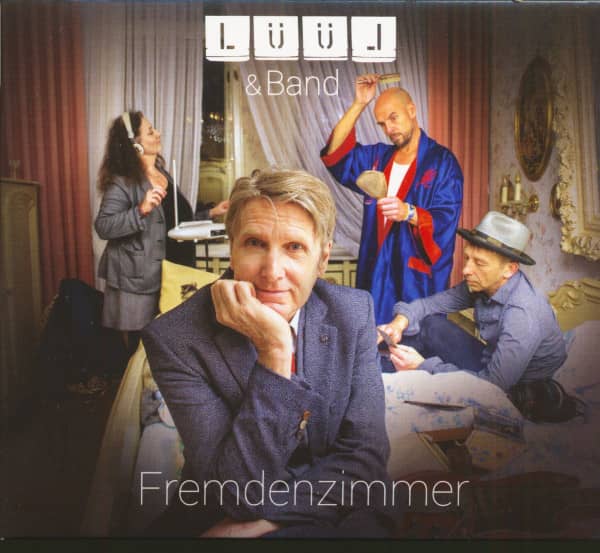 What a man has not been allowed to experience! From Agitation Free we went via Ash Ra Temple and Rock Theatre Reineke Fuchs to the 17 hippies. He lived in Paris and New York with Nico, Andy Warhol's muse and singer of Velvet Underground, who died far too young. But he always returned to his native Berlin, to whom he paid a beautiful homage with West Berlin. Lutz Graf-Ulbrich, whom everyone knows only under Lüül, has always been active as a solo artist.

Then he is supported by long-time comrades-in-arms, whom he affectionately calls a band. This also applies to -foreigner's room-. The album shows a previously unknown side of the charming cosmopolitan. Produced by successful producer Moses Schneider (Tocotronic, Beatsteaks, AnnenMayKantereit), Lüül is acoustically open, expresses socio-political criticism of the system and reveals a certain mischievous tendency to humorous poetry. It can be carried by airy and transparent arrangements that rarely sounded more organic. A feel-good atmosphere with Berlin charm, sometimes cheeky, sometimes sentimental, wrapped in a voice reminiscent of Rio Reiser.