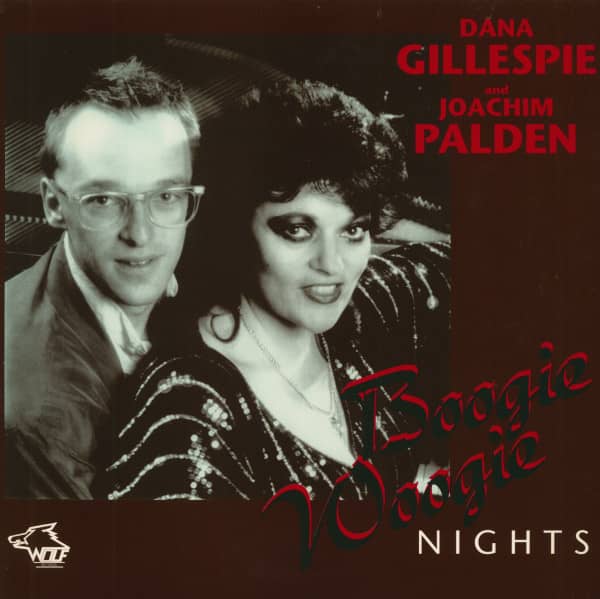 (Wolf Records) 10 tracks
The great thing about growing up as a teenager in London in the early sixties was that there was a lot of blues going on. The Marquee Club was famous for putting on young blues bands like the Yardbirds, and people like Howling Wolf and Muddy Waters came over with the American Folk Blues Festival.

Yes, it was a great time and my eyes and ears had their fun.
But at fifteen, I didn't have enough life experiences to put into my voice, so I started out as a folk singer and made my first single in 1964 with Donovan on guitar called "Donna Donna."
But now, almost 30 years later and 14 LPs under my belt, I'm happy to finally make a Real Live Blues and Boogie recording. Some of my past LPs were more pop style, and some, like my ACE recordings of "Blues Job," "Below the belt," and "Sweet Meat," were with my English Blues Band, but now I have the simple luxury of singing with the piano as a prominent instrument in a band.
It's a chance to sing intimately, with special feeling, to get across all the emotions that come with performing in front of an audience in the great atmosphere of jazz country. It is my second home!
I know every potpourri and every crack on the wall.
This is where I started singing with the Mojo Blues Band in 1980, with Joachim Palden tickling the ivories.

This was also where Joachim had come from growing up at 13, listening to people like Roosevelt Sykes, Sunnyland Slim and Little Brother Montgomery, and letting the music get under his skin. We did a couple of LPs with the Mojos and then we both left around 1983 - Joachim to work with Etta Scollo and me to do LPs with songs like "Move Your Body Close to Me."

But when you have the blues in your blood, you just have to go back to it to feel the rhymes, the roots, and the reasons why someone loves the blues so much.

Joachim and I have been working together for two years now, and I still get excited when he plays some of those hot boogie licks.
Yes, a good boogie, like a good man, is hard to find ...., but here is a really good boogie, with rock solid Helmut Mejda pounding the skins, and Dr. Martin Wichtl and Christion Plattner blowing on the honking saxophones.

The place jumps, the walls melt, the beat throbs, and so does my heart, and the feeling of the evening is captured on tape. Enjoy. We have.

Text by Dana Gillespie and Joachim Palden from 1991