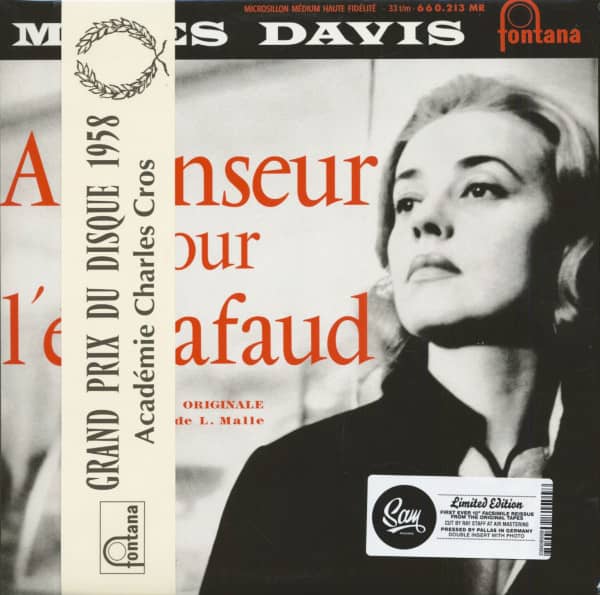 1957 Miles Davis is in Paris for an engagement at the 'Club Saint-Germain' and a wonderful concert at the Olympia Theatre. Once in Paris, Miles Davis came into contact with many members of the modern existentialist cultural circle in the neighbourhood of Saint-Germain-des-Près. Among them was director Louis Malle, who had just finished his first film 'Ascenseur Pour L'échafaud'. Jean-Paul Rappeneau, a jazz fan and former assistant to Louis Malle, suggested asking Miles Davis to create the soundtrack of the film. A private screening was organised.

On December 4, 1957, Miles Davis brought three French jazz musicians - Barney Wilen on tenor saxophone, René Urtreger on piano, Pierre Michelot on bass and his American compatriot Kenny Clarke on drums - to the recording studio "Le Poste Parisien" without any preparation. Miles Davis gave the musicians only a few rudimentary harmonic sequences, which he had put together in his hotel room. These recordings were made at night in a highly informal atmosphere.

The soundtrack was not released alone in the USA, but ten songs from this soundtrack were released as one side of the album Jazz Track, which received a Grammy nomination for best jazz performance, solo or small group in 1960.