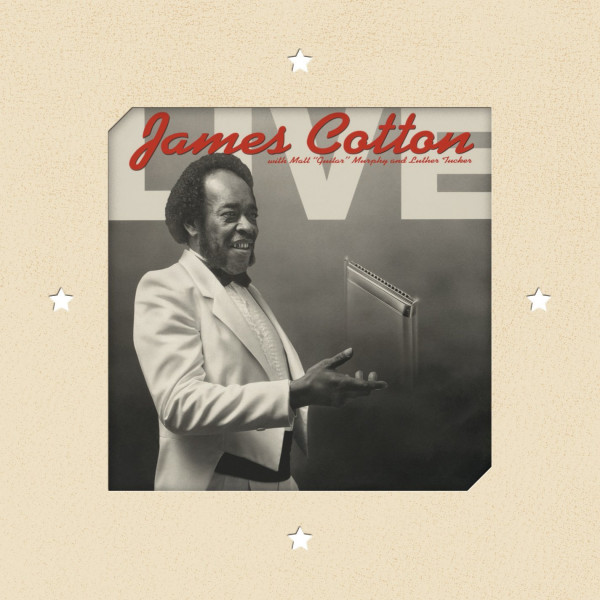 A product of Tunica, Mississippi, born on July 1, 1935, Cotton's harp mentor from age nine was Sonny Boy Williamson. "I heard Sonny Boy one day over station KFFA in Arkansas. He was singing songs and blowing harmonica. And I liked it. So I told my uncle about it," says Cotton. "I guess six or seven months later he took me to see him." Williamson's tough love tutelage was invaluable. "I stayed with Sonny Boy six years.  The only thing Sonny Boy did was just kind of guide me along. He never picked up a harp and said, 'Play this,' or 'Play that.' I just kind of watched him do it, and I was around him all the time.

15-year-old James inherited Sonny Boy's band after Williamson's wife split. "She moved to Milwaukee, Wisconsin, and we was in West Memphis, Arkansas," says Cotton. "So I guess after she was there six or seven months, Sonny Boy couldn't take it no more. He just walked in one night and gave me the band, and cut out the next morning. The band didn't stay together long. I was a kid."

Howlin' Wolf hired the youth to play on a ‘52 date at Sam Phillips' Memphis studio. Phillips signed James to a Sun Records contract the next year. "I used to be on the radio, station KWEM, West Memphis, Arkansas, from 3:00 ‘til 3:15," he says. "I guess Phillips heard the show, and he called me over and asked me if I wanted to do some recording." Pat Hare's raging guitar sliced through Cotton's '54 Sun encore, Cotton Crop Blues. Later that year, Muddy Waters brought him north to Chicago.

"Muddy had been on a tour down through Tennessee, Georgia, Florida," says Cotton. "Junior Wells was playing with him. Something happened where Junior left the band. He was coming back to Memphis to play, and he needed a harp player. Everybody told him about me, and he came over and found me."  Perhaps Cotton's most memorable moment with Waters came when he blew up a tornado at the 1960 Newport Jazz Festival on Muddy's Got My Mojo Working (this live version is often regarded as definitive). "I put the arrangement on there," he notes.

Cotton finally went on his own in 1966. "I wanted to stretch out more on my harp and play more," he says. "A lot of things I wanted to play that I couldn't play in the band, because I was playing Muddy Waters' music." He waxed the first of his three solo LPs for Verve Forecast the next year. "That's the first album that ever kicked off anything for us," says James.

Bassist Charles Calmese and drummer Kenny Johnson drove the Cotton Band's 1974 Buddah LP ‘100% Cotton' like a runaway semi behind James' full-throttle harp and roaring vocals, but ex-Memphis Slim sideman Matt ‘Guitar' Murphy was its MVP. "Matt Murphy joined me about seven years after I had the band," says Cotton. Boogie Thing led it off, the modal Murphy composition not far removed from John Lee Hooker's endless boogie groove with Pete Jekanowski guesting on piano. "'100% Cotton' is the one that's been keeping the bacon in the box," notes Cotton. 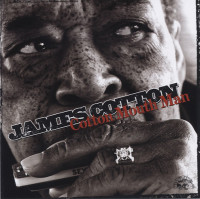 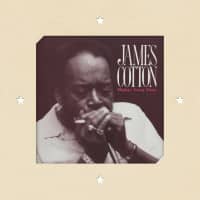 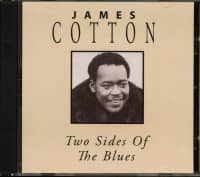 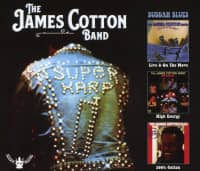