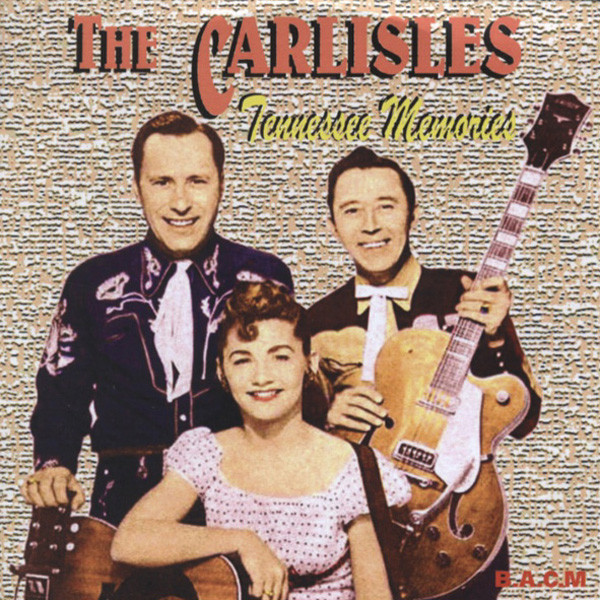 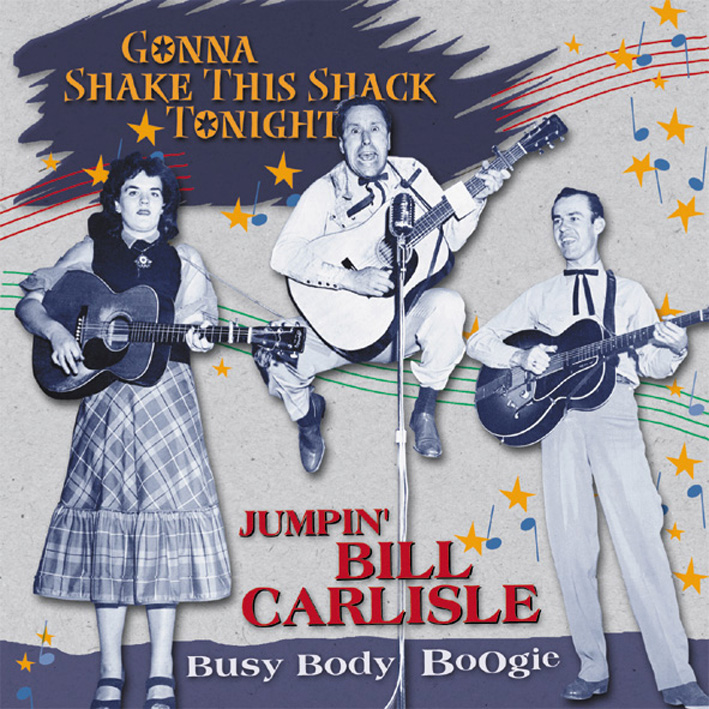 Sam Phillips' words at the end of Elvis Presley, Scotty Moore, and Bill Black's early take of Bill Monroe's Blue Moon Of Kentucky on that sweltering hot Memphis day in July of 1954—"Hell, that's fine! That's different! That's a pop song now!"—sometimes have been cited as the birth of rockabilly, the moment the big beat was born.

This Carlisles collection of 34 tracks from 1951 to 1961 expands upon Bear Family's 1985 'Busy Body Boogie,' a vinyl-only compilation of the Carlisles' classic Mercury sides. With more than twice as many cuts, this CD features some of country music's most flamboyant pre-and-post rockabilly records and some of its most famous novelty songs, including Too Old To Cut The Mustard, No Help Wanted, Knot Hole, and Is Zat You, Myrtle.

Raised in a musical family in Spencer County, Kentucky, Cliff and Bill performed together as children. The siblings (separated by four years in age) made records in the 1930s and '40s, sometimes working in tandem, but more often recording separately. The ensemble billed as The Carlisles that is represented here began recording in 1951 and briefly included both brothers before Cliff retired the following year.

Cliff Carlisle (1904-1983) mastered the steel guitar during a brief national craze for Hawaiian music at the dawn of the Jazz Age, and went on to help popularize the dobro as a hillbilly instrument.

One of the most prolific and exciting recording artists in early commercial country music, Cliff cut over 300 sides under various names. His recording career began in 1930 on the Gennett label in Richmond, Indiana, when he demonstrated his ability to imitate Jimmie Rodgers, who blended blues and country on record more than a quarter-century before Presley, and became country music's first solo superstar.

"Now I didn't copy Jimmie; I only used him as a pattern," Cliff pointed out during a 1974 interview with the Country Music Hall of Fame. "He was the first blue yodeler, yet he got his blues from the colored people...The songs that I write all have that old colored blues twang. What I done, I just took a pattern from Jimmie of his yodeling and went down a different road with it, you see."

Cliff and Bill (who was known for his precise and extremely fast runs on the guitar) recorded some of the funniest and raunchiest white blues of the age. In the 1930s, they recorded such risqué songs as Sal Got A Meatskin, Mouses' Ear Blues and That Nasty Swing. Cliff pleads in the latter: "Wind my motor, honey, I've got a double spring / Place that needle in that hole / And do that nasty swing / Yodelayeeyodelayeeyodelayee."

In 1933, Cliff arranged Bill's audition for the Vocalion label. This resulted in Bill's first solo recordings, made in New York City by producer Art Satherley, who was instrumental in launching the entertainer's career. Bill's first solo session yielded the suggestive hit, Rattlesnake Daddy.

"Maybe my mind was in the gutter," Bill joked in a 1968 interview with the Country Music Hall of Fame. "I remember the preacher back in Louisville used to take me around and introduce me, and he'd say, 'This is Bill Carlisle. He recorded and wrote 'Rattlesnake Daddy.'' And I was a little bit ashamed when he would, but he never thought anything about it. I don't know whether he just didn't see the connection or what."

Country music is a field well known for its humor, and comedy certainly was Bill Carlisle's bag. "Most all of my life I've been better on novelty," he explained. "Cliff and I would do duets, which were ballads, you know, heart songs. But most of the stuff that I recorded—not all of it now, but most of it—was novelty. It just seemed like that I always had a knack for that type of stuff and would do better with that than anything else."

Early in Bill's career he created a rube alter ego named Hotshot Elmer. As Elmer, the spry showman would interrupt performances by jumping over chairs and tables, falling off the stairs, and creating general mayhem on stage. Such antics led to his billing as 'Bounding Billy Carlisle' and the better known 'Jumpin' Bill Carlisle.'

Those nicknames also conveniently fit his boisterous musical style. "I more or less have always kind of catered to the jump-style tunes," Bill noted.

In 1946, the Carlisle Brothers scored a 'Billboard' Top Five hit, Rainbow At Midnight, for King Records. However, the following year Cliff decided to call it quits and soon Bill began heading up a new group called The Carlisles for radio station WNOX in Knoxville, where he starred on the famous daily Midday Merry-Go-Round and the Saturday night Tennessee Barn Dance.

At the time, Knoxville was a hotbed for country music, with Don Gibson, Mother Maybelle & the Carter Sisters, Homer & Jethro, Carl Butler, and others working in the area. Earlier, East Tennessee native Chet Atkins landed his first professional job playing for Bill Carlisle and Archie Campbell over Knoxville radio. "I ran an ad for a fiddle player, and Chet came in," Bill said. "Chet started working for me. He played the fiddle good; he was with us quite a while before I ever knew that he played the guitar. One day I caught him picking on my flat-top guitar."

Atkins supplied electric lead guitar for most of The Carlisles' Mercury sessions during the early 1950s.