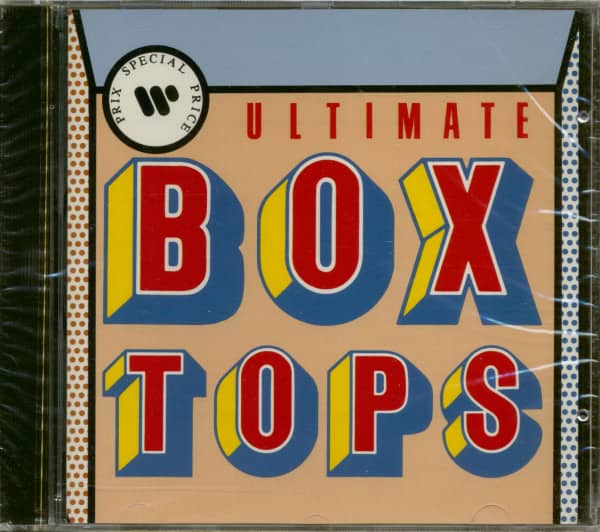 The Box Tops - Alex Chilton, lead guitar; Billy Cunning-ham, bass; Gary Talley, guitar; Danny Smythe, drums; and John Evans, organ — were among the few white acts, along with the Gentrys, to achieve success from the soul-orien-ted studios of Memphis during the mid-Sixties. Formed in 1967, they recorded at American Recording Studios with Chips Moman, Dan Penn and Spooner Oldham, who wrote their third hit (`Cry Like A Baby', a No. 2 in 1968) and pro-duced all their major hits, including their first, 'The Letter', a strong and intensely catchy record that went to No. 1 in the late summer of 1967, and has since been successfully covered by many others including Joe Cocker.

Although they had many subsequent Top Forty hits ('Neon Rainbow', 'Choc, Choo Train', 'I Met Her In A Church', 'Sweet Cream Ladies, Forward March', and 'Soul Deep'), only 'Cry Like A Baby' approached the sales of `The Letter' and the Box Tops never managed to sustain their popularity. After they disbanded in early 1970, lead singer Alex Chilton (whose winsome voice had made the Box Tops' records so appealing) joined up with Chris Bell and other pop-minded Mempheans at the newly formed Ardent Productions to form Big Star, a group which re-leased two highly acclaimed albums during 1973-4.