(1991/DCC) 21 tracks - very hard to find rarity compilation - original US Longbox store copy (Bear Family Records)
-
Most of the 20 tracks appear in mono, with 2 in stereo and about half containing studio talk. Some songs have been previously released on legitimate labels as well as bootlegs but never from the original masters. Liner Note Author: Dennis Diken. Recording information: World Pacific Studios, LA, CA (09/15/1961-03/08/1962).

The Beach Boys, formed in 1961, still extant in 1975 with no prospect of dissolution, were America's only real challenge to the Beatles and certainly the most prominent white American group of the pre-psychedelic era.

The group's formation took place in a middle-class Los Angeles suburb of Hawthorne, and was centred around the teenage Wilson Brothers — Brian (born June 20, 1942); Dennis (Dec. 4, 1944); and Carl (Dec. 21, 1946) — their cousin Mike Love (March 15, 1941); and friend Alan Jardine (Sept. 3, 1942). Harmony singing had always been an important part of their family life, and when the Wilson parents took a holiday in Mexico in September 1961 it was a perfect opportunity for the kids to rent instruments and start a group in their living room. It was Dennis's addiction to the Californian sport of surf-ing that gave the group their initial identity, one which survives indelibly in the minds of today's audiences. He sug-gested that the group sing about the pastime, and a song (written by Brian and Mike) called `Surfin" was the im-mediate result.

Their father, Murray Wilson, himself a song-writer, took the boys along to his music publisher and the song was recorded in somewhat improvised conditions with Carl on guitar, Alan on acoustic bass, and Brian providing percussive support on a garbage can. The publisher procured a release for the record on the local X label and then the slightly larger Candix label, and against all the odds it stuck around the lower limits of the American Hot Hundred for six weeks — based mainly on sales to Californian surfer boys and girls, no doubt. They also began to appear in public, initially as the Pendletones (after a make of heavy plaid shirt which surfers wore and which became their early uni-form), briefly as Carl and the Passions, and ultimately as the Beach Boys, the last name being a suggestion from Can-dix's promotion man. Their concert debut under this name was in the Ritchie Valens Memorial Concert in Long Beach Municipal Auditorium on Dec. 31, 1961. Jardine left around this time to pursue his dentistry studies and was replaced by neighbour David Marks who played rhythm guitar, enabling Brian to switch to bass guitar.

Dennis played drums, while Mike Love- shared the lead vocals with Brian. When Candix, a small label, folded early in 1962, Murray Wilson took the boys along to Capitol Records and played producer Nik Venet acetates of `Surfin' Safari' and '409' — the latter a hymn in praise of the singer's car. Venet grasped the possibilities, signed the group, and `Surfin' Safari' became a national Top Twenty hit. 'Ten Little Indians', the follow-up, was a comparative flop, but the next one was big indeed : `Surfin' USA' reached No. 3 in the early summer of 1963. In addition, it laid bare the influences be-hind the growing talent of Brian Wilson, who was coming to the forefront as the group's real creative force. For `Surfin' USA' Brian had borrowed the tune and treatment from Chuck Berry's 'Sweet Little Sixteen', adding new words and a lead vocal surrounded by the beginnings of a cool, liquid harmony style strongly reminiscent of the Four Freshmen (and, by implication, the American glee-club tradition).

The next single, 'Surfer Girl', a wistful, yearning ballad emphasized the harmonies even more heavily as the voices began to twist and turn in creamy, close-packed, harmoni-cally sophisticated chorales, topped off with a gimmick adapted from East Coast vocal group records — Brian's cool, cruising falsetto, which became a major trademark. `Surfin' USA' and 'Surfer Girl' marked the complementary modes which Brian and the group explored for the next three years. The up-tempo style led to 'Fun Fun Fun', 'I Get Around' (a No. 1), 'When I Grow Up (To Be A Man)', `Dance Dance Dance', and 'Help Me Rhonda' (another No. 1) — all Top Ten hits in 1964 and 1965 — while the possibili-ties of the ballad form were explored with ever more trance-like effect in such classics as 'In My Room', 'The Lonely Sea', 'Girls On The Beach', 'Don't Worry Baby', 'The Warmth Of The Sun', 'She Knows Me Too Well', 'Kiss Me Baby', and 'Please Let Me Wonder' from the same period.

By this time, too, Jardine had returned to the fold, displacing Marks. On a wider front, the group's own influence had become widespread. Their early surfing records sparked off a com-plete genre, opening the way for performers like Jan and Dean (`Surf City'), Bruce (Johnston) and Terry (Melcher) with 'Summer Means Fun', Ronnie and the Daytonas (Teach Boy'), Jack Nitszche (`The Lonely Surfer'), Dick Dale and the Del-Tones (`Surf Beat'), and hundreds of aspiring Californian garage bands. When surfing's vogue dropped off, the Beach Boys put out an album of car songs called Little Deuce Coupe, featuring '409' alongside other beauties like 'Our Car Club', 'Cherry Cherry Coupe', `No-Go Showboat' and 'Custom Machine'. Sure enough, others responded : Jan and Dean with 'Dead Man's Curve' and `Drag City', Bruce and Terry with 'Custom Machine' and `Hot Rod USA', Ronnie and the Daytonas with 'GTO', the Rip-Chords with 'Hey Little Cobra' and 'Three Window Coupe'.

Through all this, Brian Wilson was as a journalist : absorbing and reflecting the emerging lifestyle of teenage California, a lifestyle which — luckily for him — kids from New York to London to Paris also decided they wanted to emulate. He wrote many of the early lyrics himself. In cold print they lack grace and wit, but sung by the group they are perfect expressions of teen angst in all its forms. 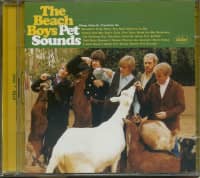 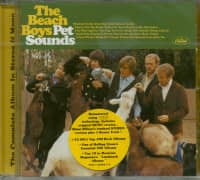 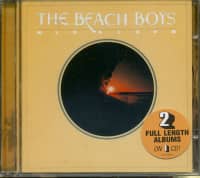 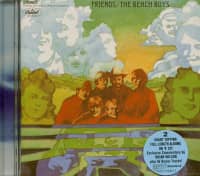