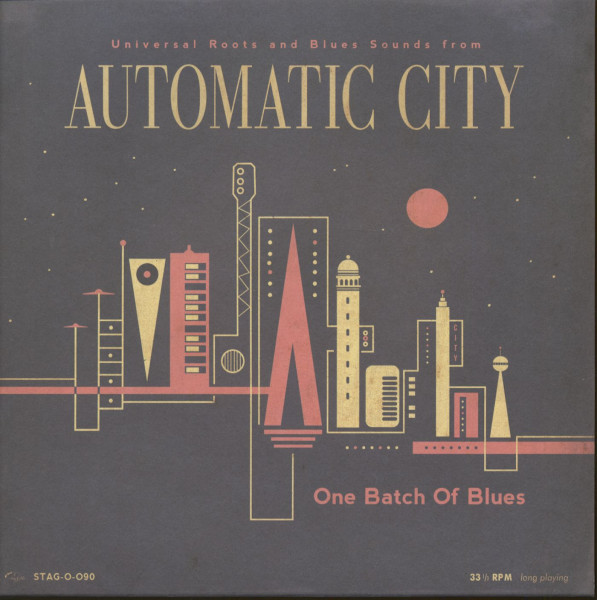 (2016/Stag-O-Lee) 8 tracks.
Engines on. “Commit a Crime”, percussion kicks in; pulses and beats issue from various instruments and objects of everyday life; cardboard, cans and bottles echo in the tape machine. Guitar riffs roar, moan and slide, saturating the old tweed amplifier’s small speaker. Singing, always soulful, swings between highs and lows, changing moods and modes, to the backbeat of an ever pounding double bass and the raw strums of acoustic guitar.
Recorded in simple live takes with a handful of microphones, Automatic City stays true to the founding fathers, to the roots of blues, the raw energy of a stripped down spontaneous sound, occasionally whisking them away on further musical explorations. An eclecticism which emerges on “God Moves On The Water” bringing in sounds of theremin, sitar, berimbau and melodica.
There once were giants, by the names of Willie Dixon, Howlin Wolf, Muddy Waters and Blind Willie Johnson. They sang stories about lost and found loves, all night balls, cunning escapes and fateful encounters, churches and boozers, humanity sailing forth on a doomed ship. “People had to run and pray” though sometimes whiskey and women wouldn't let the old boys do so, but all the folks surely want them to play. All night long !