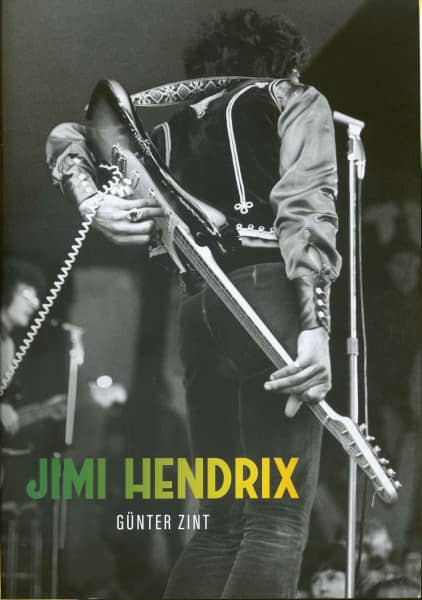 St. Pauli the Star Club and the Time of the Great Awakening

The Cuban Missile Crisis, the SPIEGEL affair, the great storm tide in northern Germany - the year in which I came to Hamburg was to go down in the history books in many respects: 1962. This unheard-of and at the same time incredibly eventful year, in which Marilyn Monroe died, the Rolling Stones founded their band and the Beatles recorded their first record. It was summer, the war ruins had not yet completely disappeared from St. Pauli, but the neighborhood was in an indescribably inspiring mood of change.

I belonged to a generation that didn't just want to work and build a house - we wanted first and foremost to have fun, to exist. That's why we called ourselves existentialists, or exis for short. The others called us bums. So I was a self-confessed bum with long hair when I came to Hamburg at the tender age of 21. Like so many of my generation, I was hungry for a new attitude to life, for the music that was spilling over from England. "How could we have gone to war with the English back then?", I asked myself whenever I turned up my stereo loud, "We should have made music together instead."

The first musician I met was a student of German, a fellow student of my wife's who, like her, came from England. It was none other than Spencer Davis, who sadly passed away this year. He was soon to have some big hits with the Spencer Davis Group, but at that time he was making music at the Old Eden Saloon on Berlin's Kurfürstendamm during dance breaks for 10 marks a night. So it was Spencer Davis who told me about this club on St. Pauli - and so in the summer of 1962 I discovered the Star Club, which had just been founded, on a Friday, April 13. Under the motto "The misery has an end! The time of village music is over", they had been trodden on for the first time: the boards that later meant the world to many musicians. Große Freiheit 39, an address that became the program.

Soon it was impossible to imagine my life without the Star Club. My parents hated the place, and for that reason alone I had to love it. Wild years followed with smoky concerts, long nights and empty pockets. I had no idea then how much money I would make with Jimi over the next decades. Without that money, there would be no Sankt Pauli Museum today.

A typical evening at the Star Club was loud and fun. Some people could also have a wet and merry time. At that time I did not belong to this type. After all, a beer cost a respectable 1.50 marks. But there was a trick: If you gave the waiter 50 pfennigs, you were left in peace for quite a while and could devote yourself undisturbed to the music. And if there was...