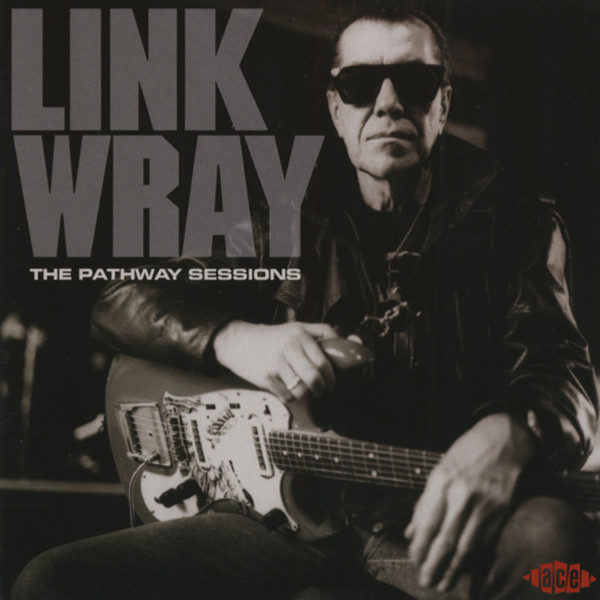 Recordings originally made at Britain's famous rock'n'roll studio, Pathway. Re-released on Ace in 2007, the songs have been re-mixed from the original 8-track masters. Originally released on two Ace LPs('Apache', Wild Side Of The City Lights') these sides sound better than ever. LINK WRAY - gtr/voc, BRUCE BRAND - gtr/bass/pno/drums.

Link Wray may well have been the loudest rock guitarist I’ve ever heard in a concert setting. Considering that over the decades I’ve also luxuriated in the teeth-rattling fretwork of Roy Buchanan and Dick Dale, that’s saying a whole lot (granted, I’m not a heavy metal devotee). That extraordinary volume boost was a necessity for Wray; a childhood bout with the measles had robbed him of a good portion of his hearing (and some of his eyesight too, for that matter). Dedicated Wray fans didn’t mind a temporary bout with deafness in the slightest following one of Link’s signature shredfests; his pulverizing power chords and screaming staccato lead licks were the very definition of what rock guitar has always been and should forever be, making it a small price to pay. What’s more, Link never stopped epitomizing the concept of cool. He proudly wore a leather jacket and shades onstage well into his 70s, when his demographic peers outside the music business had long since donned cardigan sweaters and settled into comfy easy chairs.

Stardom didn’t come easily for Wray; he and his brothers had to work long and hard to escape the impoverished circumstances of their youth and find a foothold in the music industry. Fred Lincoln Wray, Jr. was the middle musical sibling, born May 2, 1929 in Dunn, North Carolina. Vernon was five years older than Link, born January 7, 1924 in Fort Bragg, N.C., and Doug five years younger (July 4, 1934). The Wray boys did some singing at the same church services where their mother, a full-blooded Shawnee Indian, preached the gospel. Link picked up some early guitar lessons when he was eight from an African American slide specialist called Hambone, who taught him the rudiments of how to play the blues. The Wray family moved to Portsmouth, Virginia during the mid-‘40s, but Link was in no particular hurry to embark on his musical career—he didn’t buy his first electric axe until 1949. Link was drafted in ’51, stationed first in Germany and then in Korea, where he was felled by tuberculosis. Finally back in the U.S. in 1953, he bought a Les Paul guitar and a Premier amplifier and got serious about his playing. But he was never quite able to duplicate the elegant, complex technique of his hero, Chet Atkins, so he developed his own mind-melting attack. Jazz guitarists Tal Farlow, Les Paul, and Barney Kessel and country picker Grady Martin also caught his ear, although he wouldn’t end up playing like any of them either.

The Wrays formed a country band in 1954 to play the rough-and-tumble gin joints around Portsmouth and nearby Norfolk, recruiting their cousin, Brentley ‘Shorty’ Horton, to play bass and provide comic relief with Doug on drums, Vernon on rhythm guitar and occasional piano, and Dixie Neal, the brother of Gene Vincent’s bassist Jack Neal, on steel guitar. They were billed as The Lazy Pine Wranglers for a time, then Lucky Wray (Vernon’s temporary alias, stemming from his gambling skills) and The Palomino Ranch Gang. A connection with pioneering country broadcaster Connie B. Gay in Tidewater, Virginia led to the group minus Neal relocating to Washington, D.C., where Gay had established a popular television program, ‘Town and Country Time,’ hosted by young accordion wielder Jimmy Dean. For all its political sophistication, D.C. was loaded with hillbilly talent and plenty of watering holes in which to showcase it. In addition to the personable Dean, Marvin Rainwater and guitarist extraordinaire Roy Clark were part of the bustling scene. All three of them recorded for producer Ben Adelman, the owner of Empire Studio there (West Virginia native Patsy Cline cut her first demos, long since lost, under Adelman’s supervision with Dean’s Texas Wildcats backing her). Although his legend rests solidly on a legacy of blistering instrumentals, Link’s debut release in January of 1956 for Adelman’s Kay label paired two of his raucous rockabilly vocals, I Sez Baby and the all but incomprehensible Johnny Bom Bonny, as half of an EP that Link shared with the obscure duo of Bob Dean and Cindy.

Adelman indefatigably hustled his finished masters to various labels; he found a home for three country-oriented singles by the considerably smoother-voiced Lucky Wray (It’s Music She Says, Got Another Baby, and Teenage Cutie) at H.W. ‘Pappy’ Daily and Don Pierce’s Starday Records in 1956-57, the last one sub-billing Link and Doug on its label. Starday released the masters through its custom service rather than issuing them on the main label, intending them for regional exposure only with the manufacturing costs paid by the artists themselves. Right in the middle of it all, the TB that Link had contracted in Korea sent him to the hospital in the summer of 1956 all the way until March of the following year. A grueling operation to remove his left lung largely put an end to any serious singing aspirations; from here on, Wray would concentrate on his blazing guitar technique and mostly leave the vocal duties to others, in particular his brother Vernon, whose prospects looked bright once Bernie Lowe and Kal Mann’s Philly-based Cameo Records brought him aboard in mid-1957. The songwriting duo was on a real roll, having penned Elvis’ pop chart-topper (Let Me Be Your) Teddy Bear. Their label was too, scoring its own number one seller that same year with Charlie Gracie’s Butterfly.

As Lowe led the choir-cushioned orchestra, Vernon crooned the Mann/Lowe copyright Remember You’re Mine, issued in June of ’57 after the label flipped the singer’s name so he was billed as Ray Vernon. Cameo even sprang for a full-page ad promoting the single in ‘The Billboard.’ But any hopes of a hit were dashed when Pat Boone covered the tune for Dot, taking it into the Top Ten and leaving Ray’s original in the dust (its bouncy flip Evil Angel might have nicely suited Gracie). Cameo responded to Boone’s cover by replacing Remember You’re Mine with I’ll Take To-morrow (To-day) as Evil Angel’s plattermate; Link’s biting axe was prominent on the new ballad, unlike its sedate predecessor. Cameo tried again with Ray that autumn with the rocking I’m Counting On You, penned by Atlanta-born blues shouter Chuck Willis (1957 was a big year for Chuck; his revival of the ancient blues C.C. Rider for Atlantic, perfectly tempoed for dancing The Stroll, sailed to the top of the R&B charts). This time, Link made his presence felt with a searing solo, and even if the arrangement was a tad rough around the edges, Ray’s encore outing stood as a contender for hitdom yet didn’t quite make the grade. 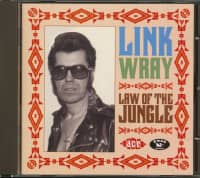 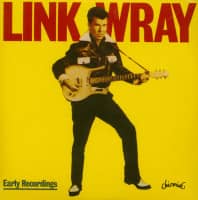 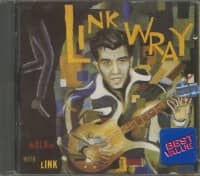