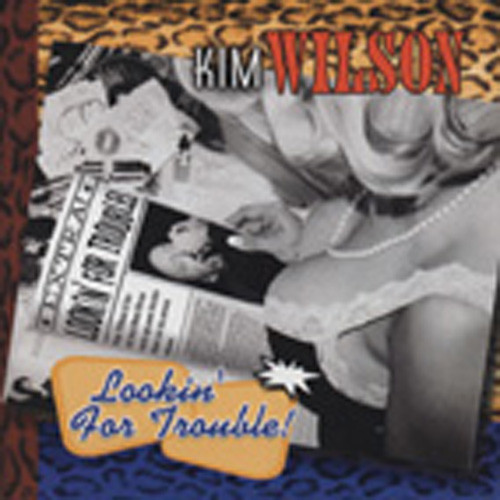 In the 1990s, Wilson has released two masterpieces, 'Tiger Man' and 'My Blues' (on his own 'Blue Collar' label). It's only because of these two records, that 'Trouble' is not entering my 'traditional blues charts' at no.1 - although it might reach to the top, soon. What is so special concerning Mr. Wilson's blues There is his harmonica playing. Like many others, he has learned from the Chicago blues masters. But unlike most of his contemporaries, he is still trying to top himself. No gimmicks. As a vocalist, Wilson's simply the best white blues singer. His vocals style is reminiscent of Bobby 'Blue' Bland's and other Southern singers. The songs. Wilson's originals sound like they had been written two generations ago, like classics. Kim Wilson's knows when he hears new talent. Here he's backed by Troy Gonyea, a young guitar ace from the east cost. 'He plays all the styles, and he only gonna get better'. And last but not least, the sound. Wilson produced himself. Technical devices were reduced to a minimum, tube amplifiers, some reverb and echo, and old microphones. His harp sounds fat and deep; the guitar aggressive and sharp, his vocals mighty and full-bodied. Another little master piece in traditional style. A must!!. KIM WILSON - hca/voc, TROY GONYEA - gtr, MARK STEVENS - piano/organ, JON ROSS - bass, STEVE RAMSEY oder/or RICHARD INNES - drums.