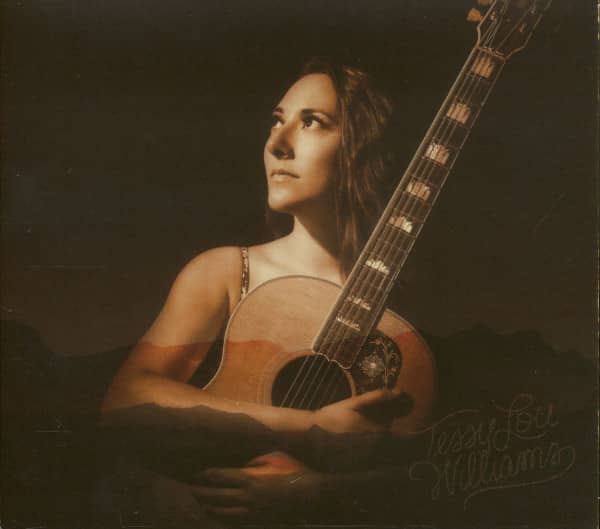 Tessy Lou Williams was born to sing. Her parents, Kenny and Claudia Williams started the band Montana Rose and nurtured a love of making and performing music into a family business of sorts for their three children.

“I continue to play music because there’s literally nothing else in the entire world I’d rather do,” Tessy Lou says. “It’s tough, it’s trying, it has its loneliness and isolation from the rest of the world, but it’s also incredible. This world is the only one I know and the only way I know how to exist.”

As Tessy Lou prepares for the release of her first solo album, after a lifetime of songwriting and a decade of performing professionally, it’s important to note the journey to get here—the rural roots, the paralyzing case of stage fright she once had, the move across the country to find her own place in the world and make her own music. The heartbreak that inspired this batch of 10 songs. It all culminates in her solo debut, a self-titled effort that introduces her sound to a new group of listeners: deeply rooted in traditional influences, with her spin on western culture. These are the kind of songs you’d want to be playing on a dancehall stage when you walk in or emanating from the jukebox when the band isn’t there. It’s the perfect soundtrack for a two-step or a waltz just the same—or simply sitting back and enjoying well-crafted country music.

With a lifetime of experience, almost a decade under her belt in the Austin music scene and a new project as a solo artist, one thing is unmistakably clear: lovers of country music should keep their eyes on Tessy Lou Williams. It’s in her blood, after all.

$19.57
Tessy Lou Williams (CD)
Tracklist
Williams, Tessy Lou - Tessy Lou Williams (CD) CD 1
01 One More Night
02 Your Forever Will Never Say Goodbye
03 Pathway Of Teardrops
04 Someone Lonely
05 Midnight Arms
06 Round And Round
07 Busy Counting Bridges
08 Mountain Time In Memphis
09 Somebody's Drinking About You
10 Why Do I Still Want You
Funktionale