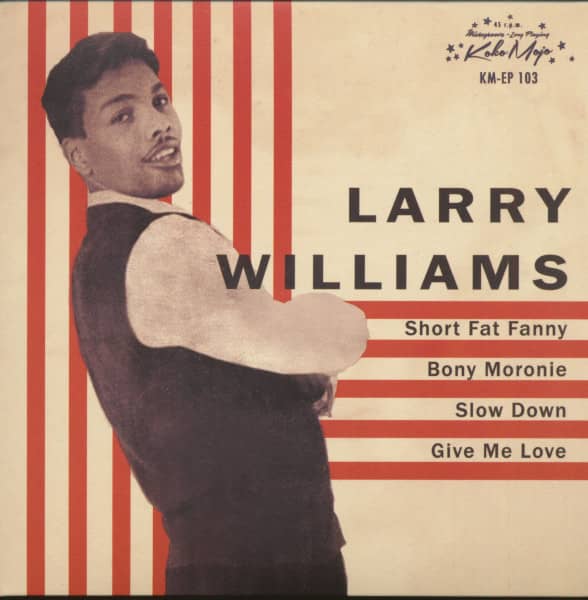 Larry Williams was born Lawrence Edward Williams on 10 May 1935 in New Orleans. Louisiana. He learned piano when he was seven. When he was ten his family moved to Oakland, California. A few years later he joined his first band the Lemon Drops as a pianist. In 1954 he returned to NOLA and began to work for his cousin, Specialty recording artist Lloyd Price, as a valet, chauffeur and occasionally piano player. Unfortunately, Price was drafted shortly after that. Larry started to work with Roy Brown and Fats Domino (as a chauffeur) while hanging out with drug dealers, pimps, and prostitutes.

He soon was part of the "Crescent City" underworld. He became a pimp and a drug dealer. In 1955 Little Richard, another Specialty recording artist, became his best client and a close friend. Richard always had two big suitcases in the trunk of his Cadillac. One was full of dollar bills of every denomination. The other one was full of cocaine. In 1956 he met Specialty's house producer Robert "Bumps" Blackwell, and he signed a contract with the label as a singer so he could go on tour with Little Richard and keep on providing drugs to him without looking suspicious. At that time he was living at his cousin Lloyds's house (fresh off his stint with Uncle Sam) but he played a dirty trick on him, trying to steal a song from Price in a shady way, claiming he was the composer. The song was Just Because and the Lloyd Price version for ABC reached #3 on the R&B charts and #29 in the pop charts. Larry's version (a note for note cover) reached #11 in 1957.

After Williams got kicked out of the house by Price, he followed Little Richard to Hollywood and started to live with him and his family. After an Australian tour later that year Richard suddenly decided to leave al his sins behind him and he gave up fame and success to become a minister. He was the biggest seller for Specialty at that time, so Bumps Blackwell started to look around for a replacement. He convinced Larry to record wild rock and roll songs in a Little Richard style. Williams recorded some of the most exciting rock and roll numbers ever captured on magnetic tape. The single Short Fat Fannie paired with High School Dance (Specialty 608) became a #1 R&B hit and made # 5 on the pop charts in May 1957, followed by Bony Moronie b/w You Bug Me Baby in October 1957 that reached # 4 on R&B and # 14 on the pop charts. Both records sold millions of copies. Short Fat Fanny - Bony Moronie - Slow Down - Give Me Love.

In 1958 the fantastic double-belter Dizzy. Miss Lizzy Slow Down failed to get the same success. Strangely enough the single did not make it to the R&B charts and Dizzy Miss Lizzy only made it to # 69 on the pop charts. That was pretty much the end of success and record sales In spite of recording many other great sides for Specialty as Hootchy-Koo or Bad Boy etcetera he would never achieve again the success he had with the first two singles he did with Bumps Blackwell. The fantastic Give Me Love (Specialty 677) was on the flip side of Teardrops and one of his last singles on the label. Williams started to devote more and more time to criminal activities, instead of focusing on his next career move. After he was arrested for drug possession. Specialty dropped him fearing a big scandal. Williams was finally sentenced to eighteen months in prison in 1961. Prior to that, he moved to Chicago and recorded a few singles and an album for Chess. After getting out of prison, he recorded for Mercury in 1963.

Later that year he became a talent scout for OKeh. In 1965 Williams started his association with Johnny 'Guitar' Watson The duo had some minor soul hits in the late 60's. Bands like the Beatles and the Rolling Stones covered many of his early songs, but Larry Williams gradually disappeared from the music scene to concentrate more on other activities. In the 1970's his only business became hard drugs (heroin and cocaine) and prostitutes. On January 2,1980, he was found dead in his luxury Los Angeles home. No suspects were ever arrested or charged. The four tracks on this EP are among the most raucous rock and roll performances ever engraved in wax grooves by Larry Williams the 'Bad Boy' of rock and roll. Dig it! -Little Victor (a.k.a. DJ "Mojo Man)

If one were to argue that this is the absolute best of Larry Williams (the bigger hits notwithstanding), you would have had no argument from John Lennon and many others. Recorded on September 11, 1957 after Little Richard had entered the ministry, it was a calculated shot at Richard’s style, right down to the squeals. The backing musicians included Plas Johnson on sax, Rene Hall on guitar, and Earl Palmer on drums. Upon release, it was confined to the B-side of Dizzy Miss Lizzy, which itself was Larry Williams’ last hit single on Specialty.

Little Richard had not been replaced. Specialty continued to pump out singles by Williams together with an LP, but another major hit eluded them. In 1959, Williams was busted for narcotics possession, and Specialty dropped him. There were more sessions for more labels, and a big blip in his royalty income when the Beatles recorded three of his songs, including this one, but his music income could in no way account for the fact that when he died of gunshot wounds to the head, he was living in Los Angeles’ exclusive Laurel Canyon, drove a Rolls Royce, and had $500,000 stashed on the premises.

He was found on January 7, 1980, but the coroner decided that he’d been dead for five days. There was something earthy, innocent, and almost boyish about Williams’ records, even if his life was anything but… 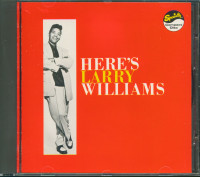 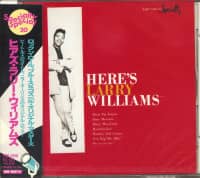 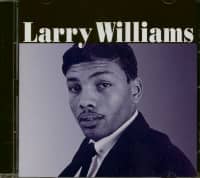