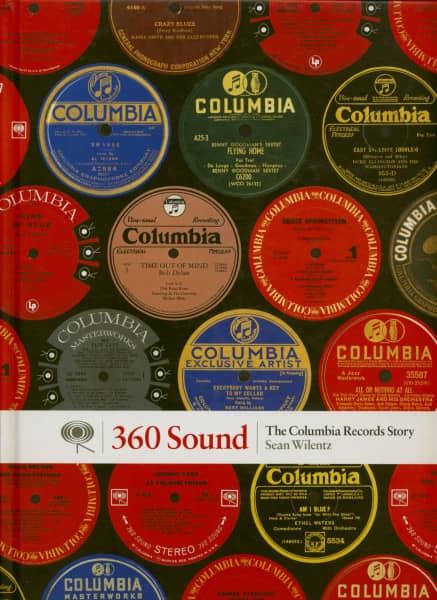 For 125 years, Columbia Records has been one of the most vibrant and storied names in pre-recorded sound, nurturing the careers of jazz, blues, rock and pop legends such as W.C.Handy, Louis Armstrong, Bessie Smith, Frank Sinatra, Barbra Streisand, Miles Davies, Bob Dylan, Johnny Cash, Mariah Carey, Bruce Springsteen, Beyonce, Adele and many more.

This lavishly illustrated celebration, written by noted historian Sean Wilentz, tells the story of the label's rich history as it interweaves threads of technical and social change with the emergence of an incredible stable of artists and the creation of some of the greatest albums ever made. Also featuring over 300 rare and revealing images from the Columbia archives, 360 Sound is an inside look at a landmark record label and a must-have for any music fan.

Sean Wilentz is the author of Bob Dylan in America and many other books on American history, and he writes regularly on music, politics, and the arts for publications including the New Republic, the New York Times, and the New York Review of Books. His work has received numerous awards, including the Bancroft Prize, and his writing on music has been nominated for a Grammy. He is a professor of American history at Princeton University, and lives in Princeton, New Jersey.