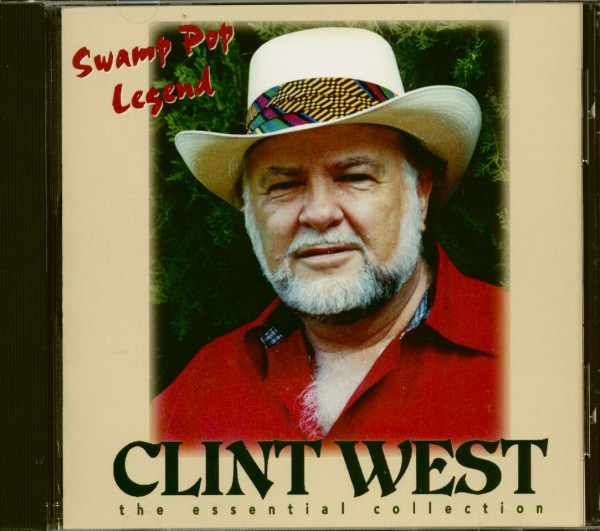 (JIN Records) 21 Tracks
It goes without saying that Clint West is no new name when talking about South Louisiana talent... he's been singing and playing music since in his teens, and has performed in every corner of Louisiana, neighboring states, as well as in Las Vegas.

Clint is a born Cajun, and a unique thing about the Cajuns is their fun-loving way of life and their love of music. The Cajun singer has always been known for his ability to express in the songs he sings a deep sincere feeling of joys and sorrows. And Clint West makes good use of his Cajun heritage, as he puts his heart and whole being into every song he sings.

At thirteen, Clint was playing drums and singing Cajun and country songs with a Cajun band from his home community, The Vidrine Playboys. Later he joined a country-rock group, The Vel-Tones, and recorded his first record, "Lover Blues"/"Take A Ride" (for JIN Records). In the early 60s, he headed one of the top drawing music groups touring the club circuits of the South, The Boogie Kings. It was then that he and the group recorded their first LP, JIN #4003—"Clint West & the Boogie Kings"...an instant smashing success.

Clint has made Alexandria, LA his home turf for the last twenty years, entertaining crowds several nights a week. Until 1990 he performed at Leroy's, and then moved to Toby's at the Ramada Inn where he's been playing since, when not on tour. He was inducted twice in the Louisiana Hall of Fame...once as a vocalist, and once as a member of The Boogie Kings group.

Clint West, versatile as he is, has always stayed with the current sounds in music, and is very much at home with the country/pop sound of today. This album represents Clint's "gumbo" of country/pop, R&B, Rock & Roll, and Cajun songs he made popular over the last thirty years. 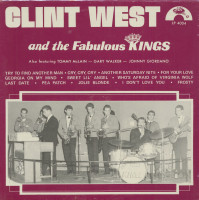