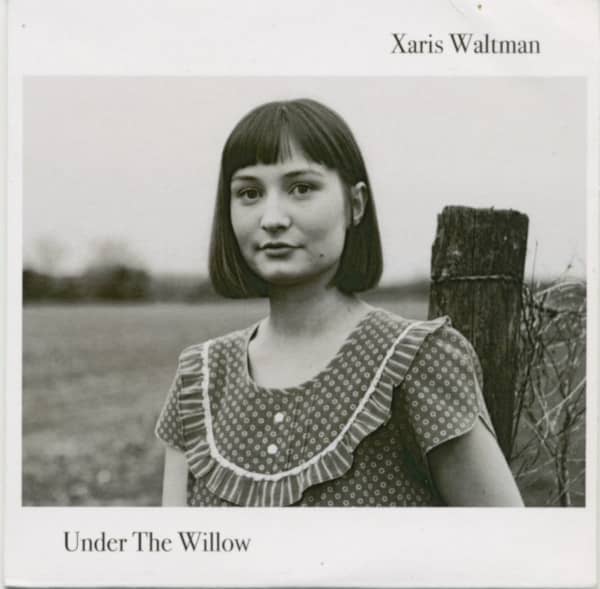 Please inform me as soon as the product is available again.
$18.67 *

Xaris Waltman: Under The Willow (CD)

(Bigtone) 8 tracks.
Xaris Waltman was born on May 5th, 2000, in Pensacola, Florida.  At a young age she picked up the guitar. Along with that, Xaris also discovered a deep love and connection for Folk and Old Time music. She loved how the old songs had life of their own and had been telling the same stories for generations. Xaris still feels the same way. Relaying these old songs to audiences during her shows makes her feel like she’s doing something bigger than herself. On June 8th, 2019, at nineteen years old, she released an album of Old Time songs titled “Under The Willow”. Under The Willow was recored in Bristol, Virginia with Big Tone Records.

Right out of highschool she started traveling the country solo; just a girl and her guitar. Playing listening rooms, living rooms, and festivals, Xaris has captured the people of small town America’s ears with her melodious, high toned voice. She has been compared to Dolly Parton, Allison Krauss, and Joan Baez but has a whole other side of sound all her own. Xaris also writes her own songs. She’s played many songwriters festivals, since the age of twelve and has been featured at the 50th Anniversary Eddie’s Attic Songwriters Shootout in Decatur, Georgia. Xaris is working on releasing her first full length album of original music in 2020. ​​