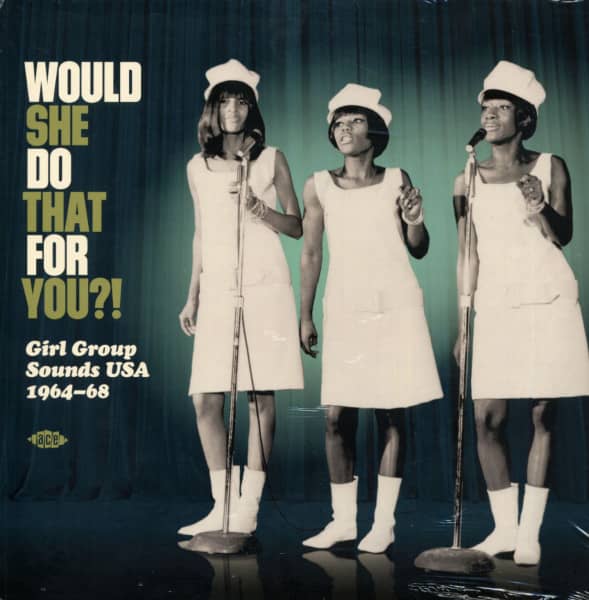 P Secure bonuspoints now
Description
Learn more about Various
Review 0
Description
(Ace Records) 14 tracks For those who prefer to play their music on vinyl, an eclectic and... more
Close menu

For those who prefer to play their music on vinyl, an eclectic and beautifully packaged 14-track collection of girl group artifacts from the mid-60s.

Compiled and annotated by Mick Patrick, this all-vinyl collection comes in a flashy sleeve that includes an inside pocket with concise photos and a 3000-word commentary on the tracks that describes the often convoluted history of the featured artists.

Mary Saenz opens the event with the hand-folded title track from the catalogue of "Monster Mash" producer Gary Paxton. It is followed by the stars on the cover: the great dancer of the Ikettes, "(Never More) Lonely For You", Paxton protégées, the Fashionettes' flute-driven "Earthquake", Denita James, who cooks "I Have Feelings Too", the Sweethearts' Supremes-like "This Couldn't Be Me" and Tanya Marie's chiffon-like cover of Ann Kirk's "It Kinda Picks Me Up", another Paxton production. Doré Records' Trio the Puffs channels the chantels on the dramatic closer 'Moon Out There'.

Page two begins with another Doré act, the "Shades Of Jade", with the effortlessly cool "Why Does It Feel So Right (Doing Wrong)" and the "Charmaines" with the 1966 re-release of their earlier regional hit "G.I. Joe". The ethereal Bermuda hit "Donnie" leads seamlessly into an adorable version of Dylan's "He Belongs To Me" by Carol Connors, aka Annette Kleinbard of the Teddy Bears, the dynamic cover of "2 Of Clubs" with "Look Away" by Garnet Mimms and the semi-psychedelic "They Are Lonely" by Pat Powdrill & the Powerdrills. The stylish conclusion to the album is a recently released recording of The Blossoms of the otherworldly 'Moon Walking' with acclaimed arranger/guitarist Billy Strange.