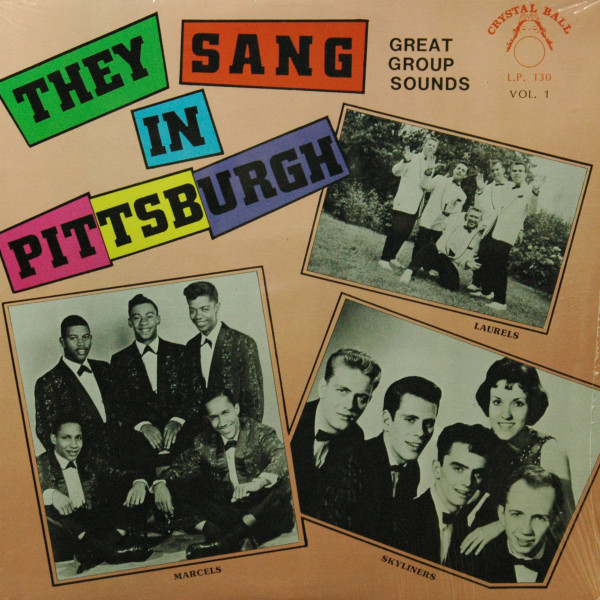 When you talk about “Oldies” and the "Oldies Scene” New York immediately comes to mind as the birthplace of the sound. Sure, bits and pieces came from elsewhere but New York is the Founding Father, #1, etc., etc.

For much too long now Pittsburgh and their contributions have taken a back seat, way back in an era which they had a great influence on. When you talk about Pittsburgh you think of Franco Harris, football and all those Superbowl rings.

instead, think about those champions who forged into New York with the many local street corner groups of Pittsburgh. Yes they had groups just like New York trying to capture that elusive sound that would put them on the top of the charts.

Elmer Willett whose records today, if they can be located bring top dollar, found the Vogues when they were still called the Val-Aires. Joe Auerbach whose vast number of labels included Star, Petite, Ringo, Goodie and Fee Bee and the Del-Vikings just to mention a few. Lennie Martin whose Robbee label introduced Lou Christie to the music world. Joe Rock whose success nationally with the Skyliners is still feeling the impact on the music scene today, 30 years later with the groups new Christmas 45 and their songs (five) on the soundtrack of Lethal Weapon II. Joe is also largely responsible for a good portion of material for this Doo Wop vinyl album.

The late Jules Kruspir whose Marcels set a standard on what a bass singer should be doing during a vocal quintet rendition. This Doo Wop sound comes across more than once in this package greatly influenced by Fred Johnson's bass singing. I could go on and on going back to 1955 to what is considered probably the first race group record released from the city of Pittsburgh on the late Lenny Martin's Jem label "Bring Back Your Love” by the Smoothtones, whose members wrote "Guided Missiles” which was recorded by the Cufflinks to the current sound of Joe Rocks Doo Wop Christmas release by "Pure Gold”.

Please enjoy these efforts by both the known and unknown Pittsburgh groups singing their hearts out for you, the Collector.