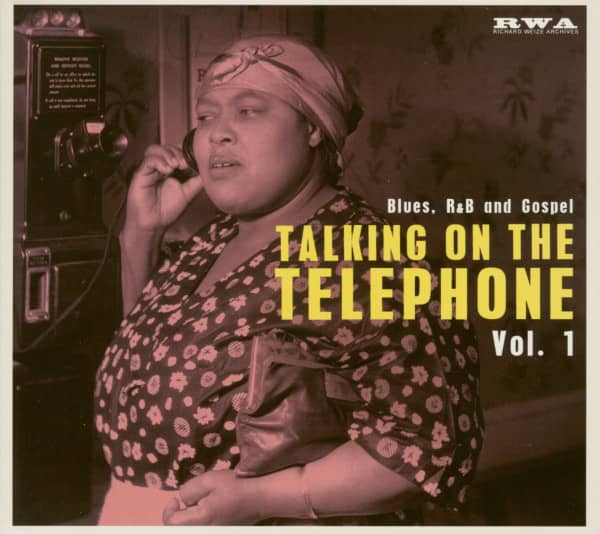 In this series RWA Records celebrates two inventions from the late 19th century that changed human life and civilization forever: a) the ability to transmit our speech over long distances and b) the ability to preserve that speech on recordings. Those two inventions occurred at almost the same time in history, and just as soon as people began to make recordings of their voices, they began to write and record songs about telephones.

Telephones changed the way humans led their lives. They changed how we courted and expressed love; they changed how we transmitted news – both big and small; they changed how we worshipped and envisioned our gods. Telephone songs go back to the dawn of recorded sound, appearing not just on ancient one-sided 78 rpm records, but on the earliest Edison cylinders from the late 19th century. Telephones showed up in some (not very funny) comedy routines from long ago; they appeared in hillbilly music, blues and gospel music – both white and black (people fantasized about picking up that old wall telephone, cranking the handle a few times and finding God at the other end.)

Telephones appeared in Broadway show tunes and in the pop songs of many generations. When teens and rock & roll established themselves as a commercial force in the 1950s, telephones appeared almost immediately in the lyrics of early rock & roll songs as a way to avoid parental oversight. Truly, every segment of society, from rural to urban, rich to poor, black to white, young to old, was affected by the telephone, and they all sang about its impact on their lives. Join us in this journey back to those simpler, more technologically challenged times. In the four Volumes of this series, we look at the full range of telephone music (Hillbilly; Blues & Gospel; Rock & Roll and Pop).

The differences are fascinating but the similarities are unmistakable. We examine over 60 years of recorded music, and could have gone on into the 21st century, where telephones (with their evolving features and apps) remain woven into the fabric of popular culture. More than ever before, a world without telephones is unimaginable to us.  (Hank Davis)

A nice product, with a beautiful presentation as usual with the Bear