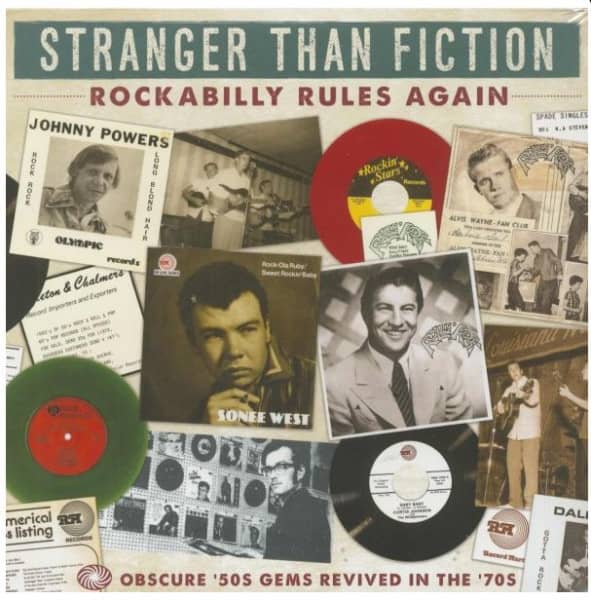 (2015/Fantastic Voyage) 36 original& , tracks with informative inlay.
Compilation of US-Rockabilly Songs 1954-1962, re-released on specialist labels during the 1970s Rockabilly-Revival.
& ,-
Like any underground musical movement, the so-called rockabilly revival which curiously blossomed in the UK and spread out to the rest of Europe during the 1970s was largely fed by bootlegs or. at least. reissues of dubious legality.

These ranged in quality from the carefully-crafted facsimile reproduction 45s from the likes of the US-based Mariano brothers to the poorly mastered, custom pressed UK EPs that surfaced on such labels as Fed, Reb, Cat. etc.,

However, among the first independent reissue labels to emerge on both sides of the Atlantic, in an effort to quench the growing thirst for obscure US rockabilly in the 1970s, was a handful of rock 'n' roll collectors and record dealers who diligently sought out the original artists and label owners to create their own legitimate catalogues and identifiable brands which have, today, become collectable singles in their own right...forty years and more down the line!