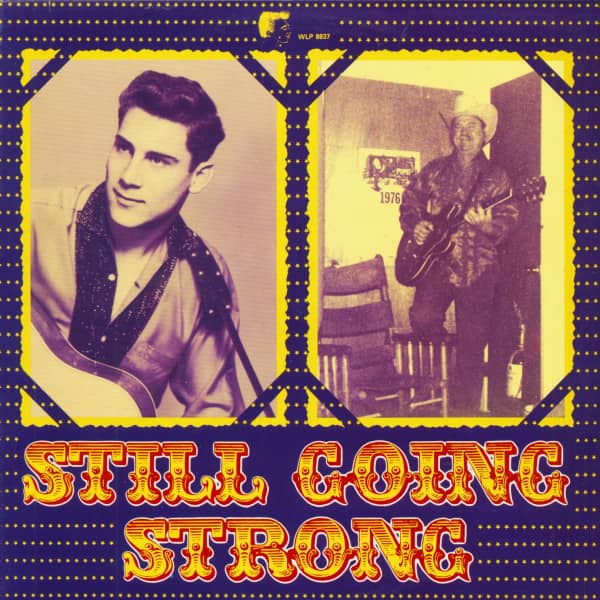 Security Records started in the mid 50's in Texas and was founded by Burton Harris. Harris played a lot with different groups around east Texas, Oklahoma and Arkansas but never had a chance to record for a big label and that is why Security Records was formed. Not only his own records came out on the label but he also recorded a number of other artists in his own studio of which Buddy Miller and Jerry Arnold are the most important ones. A few of the wilder recordings of Jerry Arnold are not included here because they were not available fot this LP release.

Buddy Miller made records for different labels like Eko, Band Box and Vem Records. Gray Montgomery recorded his «Right Now also for his own label, Beagle Records and very few copies were made of this great R & B influenced piano rocker. This is' not surprising since he lived in Mississippi at that time and a lot of R & B comes from this state. Mont-gomery was born March 6, 1927 in Jonesville, Louisiana and started to play lead guitar at the age of 14. Besides the lead guitar of Gray Montgomery you can hear the upright bass of Donald Stroud, who is dead now and the piano of a blind guy by the name of Paul Whitehead.

Montgomery still remembers the days when he and the other band members played gigs in the early 50's together with another Louisiana boy that we all know, Jerry Lee Lewis. Paul whitehead is said to have Jerry taught how to play the piano. Montgomery was aware of the fact that Jerry recorded for the Jiffy label. 0l' Thoroughbred recorded his «Mean mounthin' Momma" in the early 60's in Texas'. The great 'Rock While We Ride' by Chuck Dockery is a very much wanted record that was originally recorded for the New Song label from the North-East.

Tommy King has completely disappeared and the label owner of Claremont Records didn't even have a picture of him. A real pitty we think that happens in many cases. It is always' nice to have a face with every record. However, the record is the most important thing and we are proud that after all those years we are still able to find great material from small local labels and that is what it is all about.