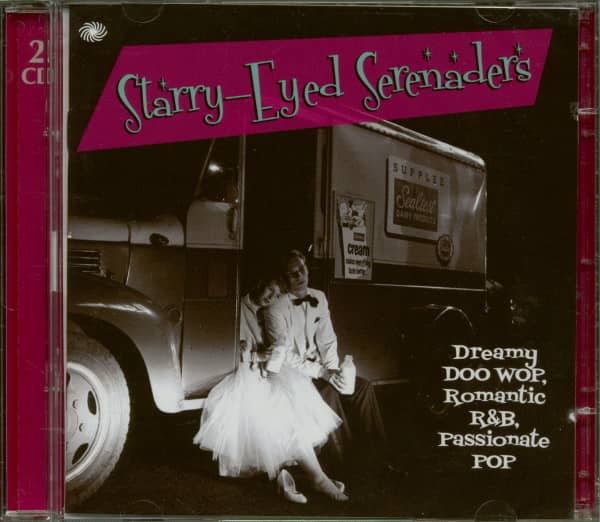 (Fantastic Voyage) 50 tracks 2-CD
Romance has been the overriding preoccupation of songwriters and performers through the ages, and never more so than in the golden years of rock & roll.

On Starry-Eyed Serenaders, music historian and producer Stuart Colman has intertwined an array of love songs, some famous, many much sought-after, that together assert what the classic make-out ballad is all about.

Sweet-sounding harmonies have an uncanny ability to render a heaven-sent lyric even dreamier, and vocal groups abound here; some in a supporting role but many as the defining ingredient of Doo Wop.