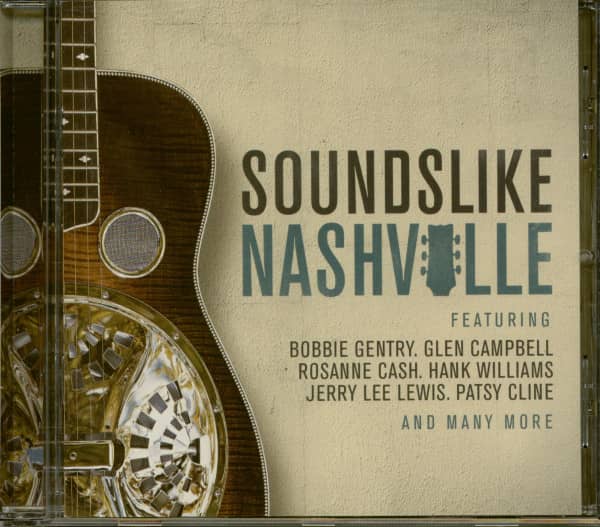 For almost a century Nashville was the heart and home of country music, and here is a selection of the best music that has emerged over the years from this music. From country legends like Hank Williams, Patsy Cline and Merle Haggard to more recent names like Darius Rucker, Lucinda Williams and Joe Ely, not to mention crossover stars Glenn Campbell, The Band and Bobbie Gentry - the spirit of the music city of the USA is captured here on 'Sounds Like Nashville'....
Small wonder that Nashville is known as Music City USA. Since 1925, when the WSM Barn Dance began broadcasting as the 'Grand Ole ()pry', the city has been celebrated as home to the best of country music - much of which can be found on this compilation.

Sounds Like Nashville taps into the rich vein of music that has wound its way out of Nashville over the years. Joe Ely blazed out of Buddy Holly's hometown of Lubbock, Texas in the early 1970s, but soon made a beeline for Music City. Famous for his association with the Clash, Ely's contribution to fiery country-rock can be heard on the driving 'Boxcars'.... from the liner notes