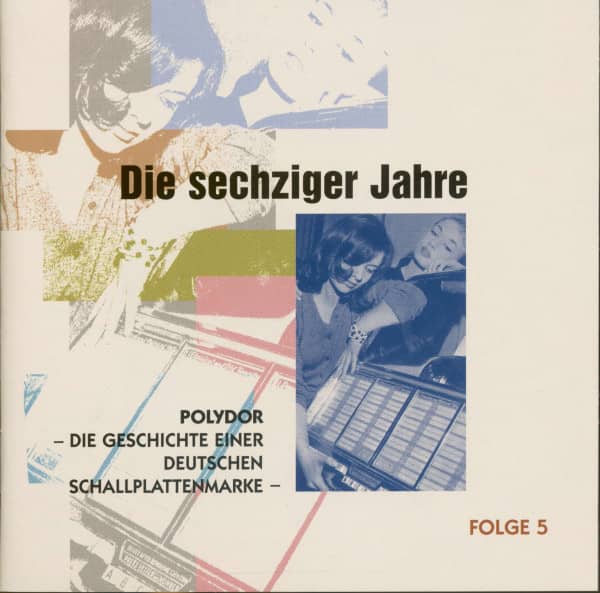 1-CD with 28-page booklet, 28 tracks, playing time 78:36 minutes.
POLYDOR - a name is legend. Since the 'Golden Twenties', shellacs, later vinyl and compact discs have been spinning under this global brand, initially with different coloured labels, since the beginning of the 1950s with the unmistakable orange label and the little stars or with the Polydor red introduced in 1963.

Bill Ramsey (Souvenirs, Pigalle) 110 and Gus Backus (There spoke the old chief, the man in the moon) season for Polydor the German hit parade at the beginning of the 60's with American M aroma. In the year the Berlin Wall was built (1961), the West German youth no longer dances only to rock roll, but indulges in the twist. Twist is more than music and dance, Twist becomes mania. The uncrowned king of the twist scene in Germany is Tony Sheridan. He is English and appears in the 'Star-Club' at the Hamburg Reeperbahn. At times he is accompanied by young fellow musicians from Liverpool, whose names nobody knows yet: the later Beatles. It's the

Polydor producer and artist Bert Kaempfert (he himself has a huge hit at this time with Wunderland at night), who discovers the Beatles and immediately signs them. In the summer of 1961 Kaempfert arranged a studio appointment with Sheridan and his Beat Brothers (= Beatles) in Hamburg-Harburg. There he made his first recordings My Bonnie, The Saints, Why and Cr,' For A Shadow. Polydor decides to release the Shanty My Bonnie, but it doesn't turn out to be much more than a respectable success (hit parade number-32). In 1962, Kaempfert lets the gentlemen McCartney, Lennon and Co. move again.

There are tentative signs of polarisation in entertainment music. The youth of those years found a common, international language: that of pop music. Many young people turn their backs on their parents' values (including their musical preferences) with contempt. The (British) beat will wash the (American) rock 'n' roll out of the charts like Elvis Presley or Bill Haley before it turns into (American) rock music. The beat refers the common hit to the basement of entertainment music. Beat and rock music is less a question of taste than a world view.

Polydor's management observes the Beatles' breakthrough in competition (Odeon/Electrola) more or less calmly from a distance. Who has clairvoyant powers! One underestimates, however, that the international competition puts its people in a position to gain a foothold on the German market. Unlike the teenagers in the country (also known as the half strong), Polydor can't take much pleasure in the rolling beat wave. The highest sky level of the 50s is now followed in the 60s by ground contact, which is accompanied by a bear market and a considerable drop in turnover. But from the middle of the decade it's already uphill again. Polydor is now increasingly relying on new names - and is winning all along the line.

Unexpectedly resounding is the success of an orchestra, which commits itself to a fresh 'Happy Sound' and quickly finds followers all over the world: The bandleader James Last starts 1965 with his 'Nonstop Dancing'-LP-series. Wencke Myhre doesn't sing in the top fashionable mini skirt bite right into every apple. While the Flower-Power-Musical 'Hair' arouses the emotions and at the same time the students, led by Rudi Dutschke, protest loudly in the Federal Republic, the cuddle singer Roy Black succeeds in 1968 with his velvety voice and stay with me the fourth number one hit. When Russian tanks roll down the 'Prague Spring', the Czech Karel Gott has his breakthrough in the Federal Republic with "Do you know where?

At the end of the 60s, however, English rock music also found its way into West Germany and the charts as a counter-culture. With Polydor, style-forming new sounds that formulate the young people's protest bring Jimi Hendrix, Cream, The Who, The Move, Procol Harum and Joe Cocker across the English Channel to the European continent. Polydor takes the zeitgeist into account by increasingly licensing rock music from the repertoire of its British sister label and launching it on the German market.

Despite the royalties to be paid, this is good business. Since 1965, the Beat Club of Radio Bremen has been presenting the latest rock sounds on television at coffee time on Saturday evenings. By releasing these British rock records, the German Polydor is polishing up its own reputation with many of the young listeners/buyers. From now on, Polydor can no longer be reduced to the image of a Teutonic hammer smithy. 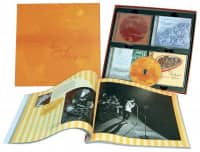