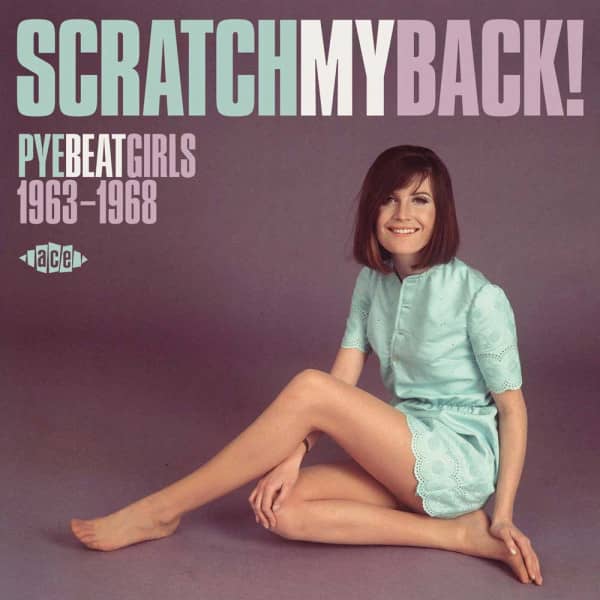 This CD opens with a Pye release from 1966 that on the one hand is a rewritten nursery rhyme, and on the other a fuzz guitar-driven freakbeat nugget. Produced by Mark Wirtz, ‘Scratch My Back’ is the third and most coveted of the four singles London-based Jan Panter recorded for as many labels between 1965 and 1969. To promote the discs Jan popped up on television shows such as Stramash!, Gadzooks! It’s All Happening and Thank Your Lucky Stars, performed in concert around the country and posed in a bikini for glamour mag Parade, with minimal commercial success.

Pat Harris & the Blackjacks close the show with their recording of Chan Romero’s beat group staple ‘Hippy, Hippy Shake’. When the Swinging Blue Jeans’ version of the song made the charts, Pat and her guys had every right to feel miffed, having issued theirs a couple of months earlier. But Merseybeat was all the rage in 1963, and the Swinging Blue Jeans had the advantage of coming from Liverpool, while Pat and the group hailed from Wales. Nevertheless, they were a popular live draw on the holiday camp circuit and as far afield as Hamburg, where they performed at the Top Ten Club, the Beatles’ old haunt.