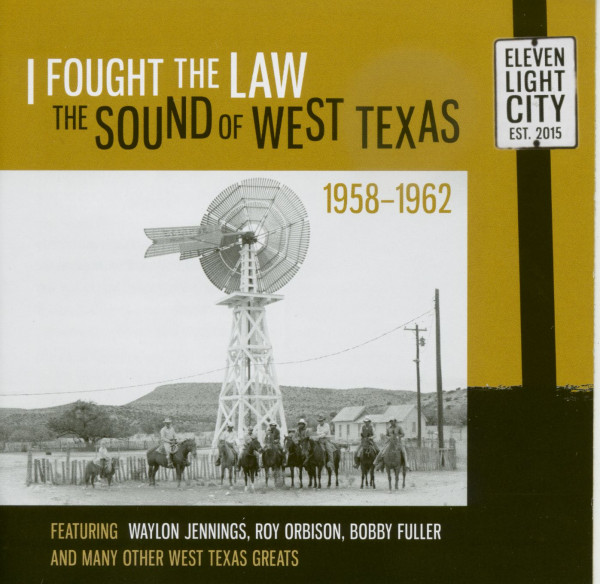 (Eleven Light City) 22 tracks (52:44) with 12-page booklet.
In 1957 the landscape of West Texas music was changed forever with the meteoric rise of Buddy Holly. Buddy's tragic death in early 1959 had a major impact on many of the artists in the region with Waylon Jennings, Buddy's band The Crickets, and Bobby Fuller, all feeling the passing of West Texas most famed musical son. Other artists that feature on this compilation such as Doo Wop group The Velvets (who signed their first contract with another West Texas great, Roy Orbison, who also features here with two songs that were to be so instrumental in his fledgling success) the more traditional Country Jimmie Dean, harmonica great Delbert McClinton, and Mac Davis and his Pop-orientated material, give us a fuller flavour of what was going on in West Texas music, sans the Holly connection, in the immediate aftermath of Buddy's death and illustrate, along with the Rock n Roll artists, that although the most revered musical figure in the area had died, music itself was very much alive and well.