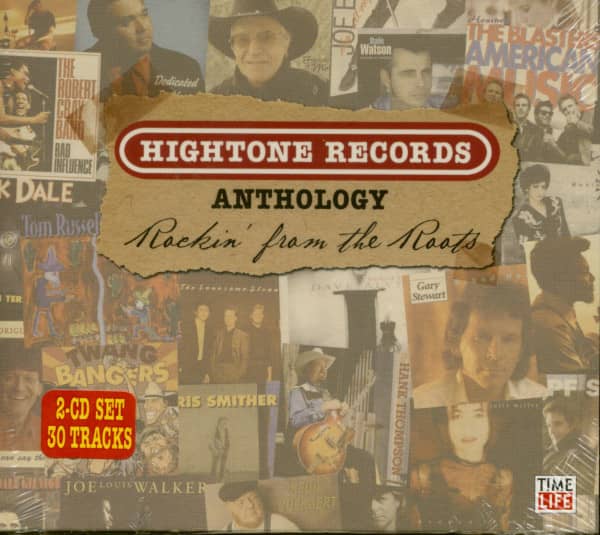 When roots-music fans Larry Sloven and Bruce Bromberg founded HighTone Records in 1983, neither had a clear view of the road ahead. 'I didn't exactly have a vision,' admits Sloven, who'd been working in sales for a record distributor. 'I just wanted to be involved in putting out music that I thought was good.' He and Bromberg, friends since 1977. believed they would begin by reissuing material by the great Western swing vocalist Tommy Duncan. But, as Bromberg explains, noting the label's early releases by Robert Cray, Doug McLeod and Frankie Lee, 'We started off as basically a blues label.

That's what I'd been doing before HighTone' as a producer and sales rep for a variety of labels, includ ing his own Joliet. 'But then we went places we didn't expect to go.' Indeed, hitched initially to modern bluesman Cray's rising star, and then catapulted to the head of the Americana class by the chart-topping multi-artist Merle Haggard tribute Tulare Dust, HighTone established itself as a standard-setting, risk-taking label with an exemplary genre-hopping catalog.

By the time it assembled the recent box-set retrospective American Music: The HighTone Records Story, and culled tracks for this anthology, HighTone had released records by established veterans of blues, country and rock 'n' roll; tapped the vaults of independent labels for gems of rockabilly, blues and reggae; and promoted promising new voices in progressive country and singer-songwriter folk. 'It all fits together to me,' says Sloven, voicing a sentiment borne out by the sterling sounds of this essential collection.

A great sampler. Better than expected.