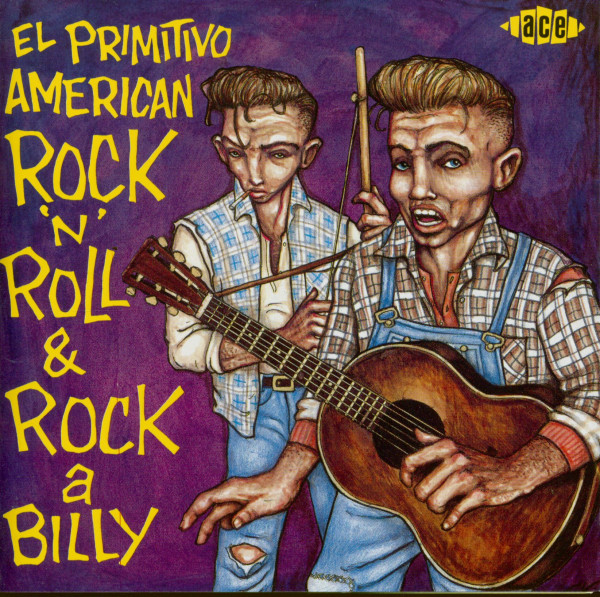 (Ace Records) 24 tracks (52:45) Rare Nashville, Tennesse rockers from the vaults of Murray Nash (Do-Ra-Me) 1956-64.
'This cavalcade of aberrant misfits includes jewels such as the Embers' 'I Walked All Night’ with its horny alleycat wailing and 'Uh-Oh' by the Imps, who must have overdosed on Link Wray and Krazy Glue,
to come up with the filthiest guitar sound in history. Essential depravity from the land of the pioneers... Poison Ivy (The Cramps)
EL PRIMITIVO is a collection of some of the ones who tried it in Nashville, Tennessee, between about 1956 and 1964. With baritone slurs stolen from Elvis and hiccups looted from Buddy Holly, they came to town and did their worst. Mel Robbins on 'Save It' thought he could borrow the teen-in-heat panting from Gene Vincent's classic `Woman In Love'. Herbie Smith attempted a really bad Elvis and Chuck Howard seemed to believe he could create a fusion of the Coasters and Eddie Cochran on 'Out Of Gas' but wound up with a manic piece of hybrid pop chaos. The Embers' juvenile delinquent vocals on `I Walked All Night' (my particular favourite) might have made them the Stooges' uncles if only the fuzz box had been invented to drown out the backing vocals. (Mick Farren, excerpts from the liner notes)