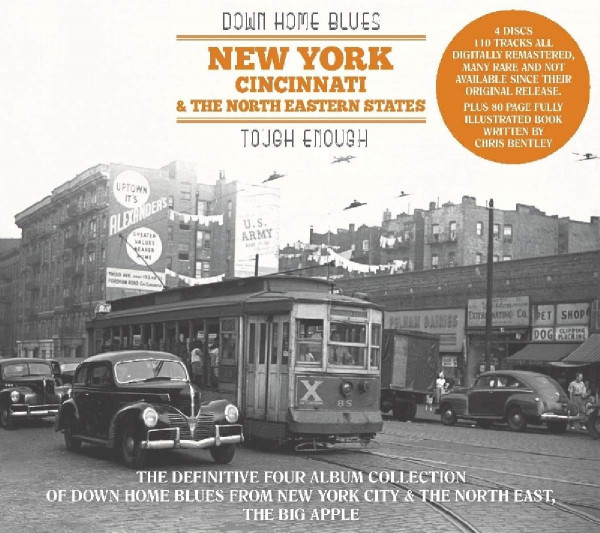 (Wienerworld) 110 tracks.
Down Home Blues: New York, Cincinnati & The North Eastern States is the definitive collection of blues music from New York City and the northeastern region from the early 1940s to the early 1960s.

The box contains 37 artists, many of whom influenced the development of the Down Home Blues scene, including Brownie McGhee, Big Chief Ellis, Alonzo Scales, Cousin Leroy and others. All 110 tracks were digitally remastered.

The 80-page booklet gives an overview of the origins of the music and blues scene in the region by the famous blues writer and scholar Chris Bentley, complete with essay, rare photos, tracklisting, and complete session listing...