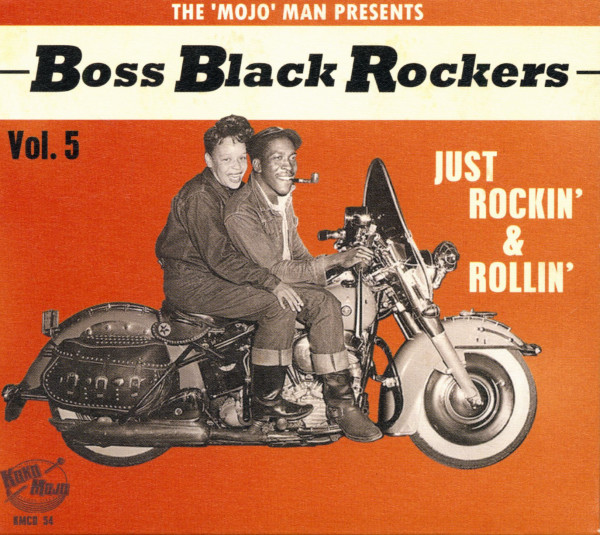 The next KOKO MOJO sampler series with 28 Rhythm "n "Blues tracks from the golden era of American music in a beautifully designed three-part 4c digisleeve with liner notes by DJ MOJO MAN aka LITTLE VICTOR on the RHYTHM BOMB sublabel.

African-American music, namely Blues and Rhythm "n "Blues, gave the hillbilly and country sound of the 30s and 40s the wings, or rather the hips, to take off on a worldwide triumphal march as Rock "n "Roll. Although "Rock "n "Roll" was also a label to introduce white audiences to the infamous "black" Rhythm "n "Blues, its protagonists did not stop playing their newly named music even in the 50s. Long before the Civil Rights Movement, popular music built the first delicate bridges between the separate spheres of "Black and White". With the fourth "Boss Black Rockers" episode, 28 songs once again show the vitality of Rhythm "n "Blues, many of which are certainly only known to connoisseurs, including artists such as Dave "Baby" Cortez, The Ray Ellington Quartet, Eddie Clearwater, Larry Birdsong, Professor Longhair, The Corvairs, The Gentlemen, The Blue Dots, Shirley And Lee and many more.