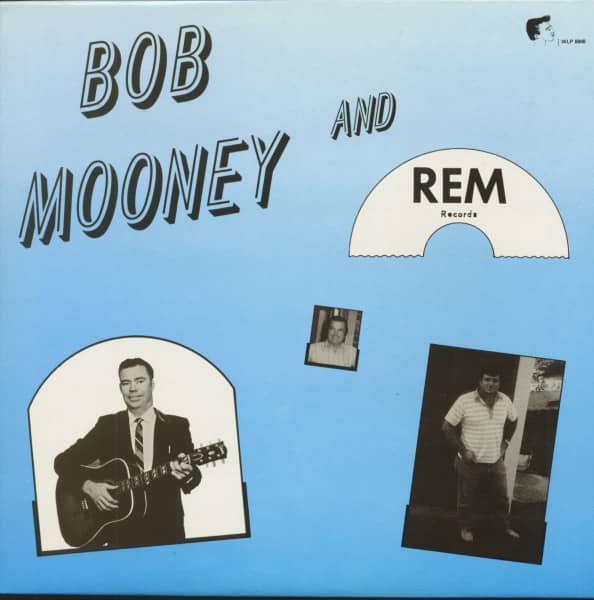 Bob Mooney and REM Records are actually one and the same as Bob started the label in the mid 50's. Before that, back in the 40's and early 50's Bob and his brother Tommy recorded for a number of labels. Over 100 different releases saw the light of day on REM and many different music styles made it to the label.

Bob himself recorded a number of good hillbilly boogies but on this LP we will concentrate on the rockers. Starting out of Lexington, Kentucky where he recorded most of the rockers, Bob decided to move to Nashville to be in the middle of it all. He started his own recording studio in Nashville and recorded many local talents as well as big names. Unfortunately part of the tapes were lost when moving to Nashville, which does not make it easy for us to give a complete idea of the many great rockers Bob recorded.

So far only about 50% has been rediscovered so who knows what we may find in the near future. A few tracks are added from other labels, that had a connection with REM, to complete this first release. They are "Twist Twist Blues" and "Bird Walk", both from the SUN-RAY label from Lexington, Ky. and the "Chester & Ruby" recording from the Louisville Blue Angel label. Enjoy the great music.