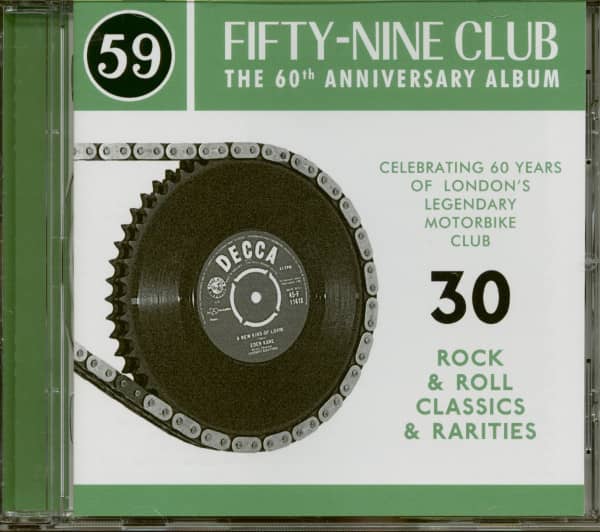 When the Reverend Bill Shergold rode across London in 1962 to the iconic Ace Cafe, he had one goal in mind, to try and entice some like-minded motorcyclists to join his youth club based in Hackney.  Little did he realise that he was laying the foundations for what was to become the largest and most famous motorcycle club in the world!

As a motorcycle enthusiast himself, Father Bill set out to recruit the Ton-Up Boys into his youth club.  They had found a home at the iconic Ace Cafe on London’s Old North Circular Road, an all-night venue with restaurant, cafe, a great jukebox and large car parks where bikers were encouraged to assemble.

Celebrate this historic 60th Anniversary with the official 59 Club CD release, featuring 30 rock n roll classics and rarities, all originally issued on UK labels in the 50s and early 60s.