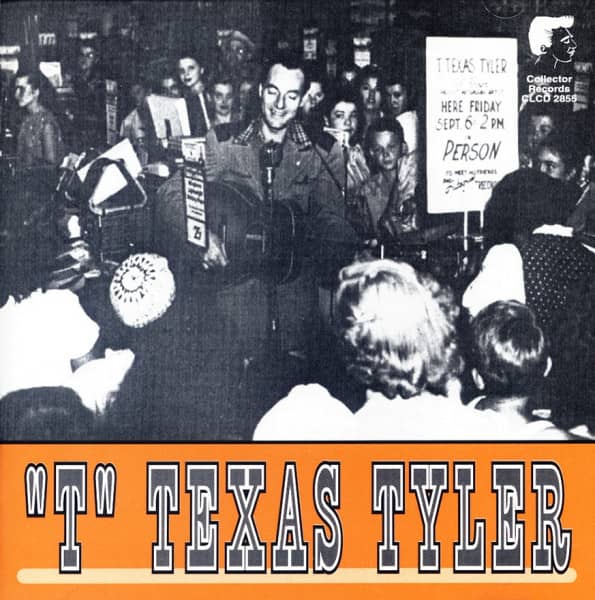 David Luke Myrick was born in Mena, Arkansas. He first recorded for Black & White Records as a member of The Six Westernaires and for 4 Star Records (Hollywood) from September 1945 until the end of the 1950s. Some now legendary Country Boogie (or Pre-Rockabilly) style recordings were produced for the label with top session musicians on the steel and electric guitar, e.g. the driving instrumental "Guitar Boogie Woogie" (4 Star-1114; recorded in May 1946). The accompanying musicians were charged to the record companies as The Oklahoma Melody Boys.

Tyler wrote and recorded The Deck of Cards in 1948. The Spoken Word hit single, which was his greatest hit, tells the story of a soldier from the Second World War who explains how a card game serves him as a Bible, almanac and prayer book. This was followed by another recitation, the whiny Mary Jean Shurtz composition "Dad Gave My Dog Away". His popularity led to a booking at Carnegie Hall in New York City[1].

He was a frequent performer in the Grand Ole Opry and Louisiana Hayride, and hosted his own television show in Los Angeles, California in 1950, some of his 4-star recordings were licensed to US Decca Records from 1952-1955. His career was hampered by personal problems in the late 1950s, although some albums were released on King Records (USA) with 4 Star material and hymns. In the 1960s Tyler experienced a revival when he recorded two albums (one with anthems) for Capitol Records and another one for Starday Records in 1966.

After the death of his first wife Claudia in 1968, Tyler married Dorie (née Susanna Falk Buhr) and settled in Springfield, Missouri, where he preached and occasionally performed to a local community. He died of stomach cancer on January 28, 1972 in Springfield.