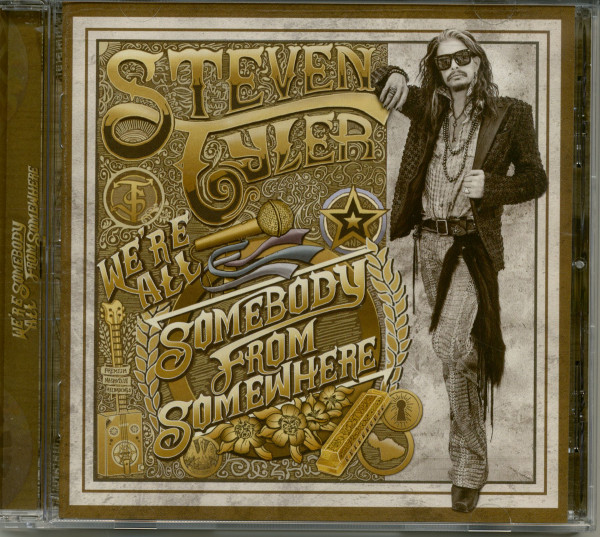 Steven Tyler: We're All Somebody From Somewhere (CD)

(2016/Big Machine) 15 tracks.
The highly anticipated country solo album from the iconic songwriter and vocalist for veteran rockers Aerosmith. Steven Tyler is one of music's most recognizable and dynamic frontmen. Aerosmith has sold over 150 million records, achieving 25 gold, 18 platinum and 12multi-platinum album certifications. We're All Somebody From Somewhere includes the single 'Love Is Your Name.' Since the late 1980s, Tyler has embarked on several solo endeavors including guest appearances on other artists' music (working with artists as diverse as Alice Cooper, Mötley Crüe, Santana, Pink, and Keith Anderson), film and TV roles (including as a judge on American Idol and several cameo and guest appearances in other programs and films), and authoring a bestselling book. Tyler is included among Rolling Stone's 100 Greatest Singers.

Article properties: Steven Tyler: We're All Somebody From Somewhere (CD)